Every developer has a different habit. Some like to format the functions in upper case and some wants it in lower case. I often see developers listing the columns in SELECT clause in a different way. I have my own preference but I do respect the other developer’s preference as well. I do not advise to change anybodies habit but there is one thing which I strongly prefer to do on the client side when I am editing code.

Well, it is indeed very difficult to read the code when users have to horizontally scroll the code. Now when I am working on the file originally created by another developer, I do not like to change their formatting. I have a very wide screen on my personal desktop computer but when I see the same on my 12″ laptop, I see the horizontal scrolling. There can’t be a single solution in the case of the wrapping the code, which fits all the screens.

Fortunately, there is a solution which will fit all the screens.

SQL Server Management Studio has a setting which will wrap the code displayed on the screen. Even if you resize the screen the code wraps. It will be very difficult to explain that in words – I suggest you watch following SQL in Sixty Seconds Video on this subject.

You can access the settings from SSMS >> Tools >> Options >> Text Editor >> Transact-SQL. It will show the following screen. 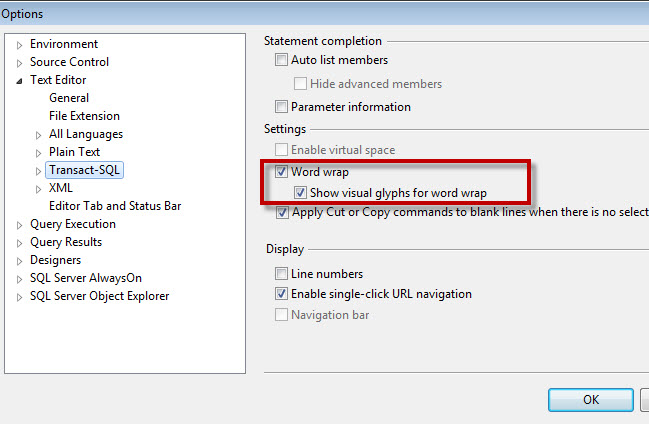 Let us see the same concept in this SQL in Sixty Seconds: 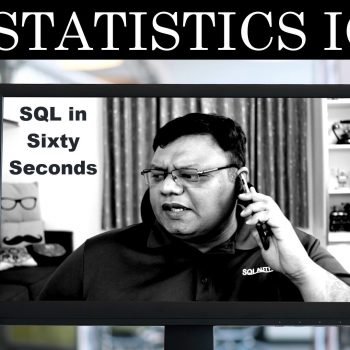