In my last post to SQL Authority, I explained how to add frames to T-SQL window functions where it is supported. I broke down the syntax and showed where things can go wrong if you rely on the default frame instead of explicitly specifying the frame. Be sure to read that article if you are new to frames or just need a refresher.

When creating a running total, for example, It’s very easy to just leave out the frame, and, in many cases, the results will be what you want. There is another downside to using the default frame, however, and that is a pretty big performance penalty. The default frame, when one is not specified, is RANGE BETWEEN UNBOUNDED PRECEDING AND CURRENT ROW. If the ORDER BY expression in the OVER clause produces unique values, you will get a valid running total.

In order to perform the window function calculation, such as a running total, SQL Server creates a worktable and populates it with each partition. When RANGE is used, that worktable is always created in tempdb. When ROWS is used instead by specifying the frame, the worktable is created in memory most of the time. The worktable created in memory has no I/O, locking, or contention issues, so it performs much better. Unfortunately, when you look at the graphical execution plan, you won’t see much of a difference between ROWS and RANGE. You can see the difference, however, if you look at STATISTICS IO.

To see the difference for yourself, run this script against the AdventureWorks database. Be sure to enable the Actual Execution Plan before running it as well.

Now take a look at the messages tab. Here you will see a big difference as shown in Figure 2. The query using the default frame reported a very high number of logical reads from a worktable. The second query, which uses ROWS, reports 0 reads for the worktable. If you turn on Statistics Time, you will also see that the second query runs faster.

It is often difficult to show performance differences with AdventureWorks tables. They are just too small. Adam Machanic, a SQL Server MVP, published a script that creates a couple of large tables based on AdventureWorks data. One of those tables, bigTransactionHistory, contains 30 million rows. I used bigTransactionHistory to do some performance testing to see if there really was a time difference that could be measured between ROWS and RANGE. For the test, I created a couple of smaller tables, subsets of Adam’s table, which contained 15 and 7.5 million rows respectively. I turned off the grid results so that only the server time would be measured. In addition to comparing ROWS and RANGE, I also tested two traditional methods: using a self-join subquery and a cursor. You can see the results of my tests in Figure 3.

Using an accumulating window aggregate function (WF) outperformed the traditional techniques even with the default frame. You can see, however, that specifying a Rows frame was incredibly fast.

Whenever frames are supported (FIRST_VALUE, LAST_VALUE and accumulating window aggregates), make sure that you always specify the frame. Not only can you avoid some logic problems caused by RANGE frames, you will almost always see a performance boost by using ROWS. Remember: Use ROWS. Use ROWS. And use ROWS. 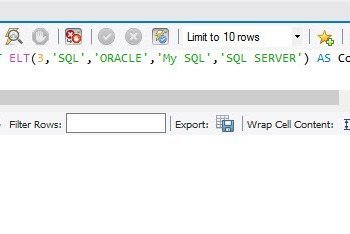 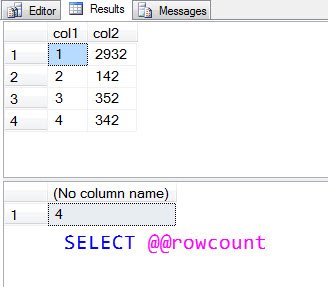