SQL SERVER – What is T-SQL Window Function Framing? – Notes from the Field #102

Framing is used in a very specific set of circumstances: with accumulating window aggregates and with FIRST_VALUE and LAST_VALUE. Accumulating window aggregates are the aggregate functions you use every day along with an OVER clause containing an ORDER BY. You can calculate a running total, for example. FIRST_VALUE lets you pull in any column from the first row of the frame. LAST_VALUE lets you pull in any column from the final row of the frame. By default, if you don’t specify the frame in the OVER clause when it is supported, it will consist of the rows starting with row 1 of the partition and continue to the current row. Often, the default frame will give you the results you are looking for. By explicitly specifying the frame, you can achieve even more functionality, avoid some logical errors, and get better performance.

Framing has several keywords you should learn.

Table 1 lists each one.

Here is the default frame, when one isn’t specified:

This means that the rows in the window will consist of the first row of the partition and continue to the current row. This works for calculating a running total as long as the ORDER BY columns found in the OVER CLAUSE are unique. If not, because RANGE evaluates the data logically, you can get results that don’t make sense.

When I speak on this topic, I tell my audience they need to learn three things: Use ROWS. Use ROWS. And use ROWS. Instead of relying on the default frame, to calculate a running total, use this frame:

If that is too much to type, you can also abbreviate it like this:

If you would like to calculate a three month moving average, for example, use this frame:

ROWS BETWEEN 2 PRECEDING AND CURRENT ROW

I’ll save the performance differences for another post, but I would like to show you some logical problems found by leaving out the frame. This example runs in the AdventureWorks database. The ORDER BY column is not unique, and I have chosen a customer with multiple orders on the same date.


Here are the results:

Take a look at the RunningTotal column. The value increases until you get to the final row. The correct frame is specified the OVER clause. Take a look at the values in DefFrameRunningTotal. Notice that, instead of continually increasing, it repeats values. This problem is due to the default frame, using RANGE, which looks at the value of OrderDate instead of just the position of the row. If the OrderDate values are the same, then they belong together in the same window when RANGE is used. You can solve this problem by using ROWS or by making sure that the ORDER BY expression in the OVER clause is unique. (Use ROWS. Use ROWS. And use ROWS.)

Take a look at the FirstOrder column. In each case, the value returned came from the first row of the partition. Even without specifying the frame, it works correctly. The LastOrder column looks correct as well. Notice that I specified a frame with ROWS that starts with the current row and goes up to the end of the partition. When leaving out the frame as shown in DefFrameLastOrder, the results don’t make much sense at all. Remember, the default frame only goes up to the current row. But since RANGE is a logical operator, it actually will go to a row with the same ORDER BY value as the current row. By default, the frame doesn’t go all the way to the end of the partition where the last value can be found. To correctly use LAST_VALUE, you must specify the frame, and you should use ROWS.

Specifying the correct frame is really important to ensure that you achieve the expected results. There are also some important performance differences which I’ll talk about in my next SQL Authority post.

SQL SERVER – How to Access the Previous Row and Next Row value in SELECT statement? – Part 2 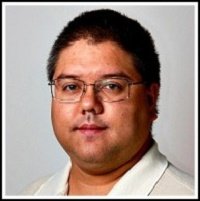