Today is Dec 31st and last day of the year. I suggest everyone should go out and meet friends & family. At least everyone should spend their time with people they like and have fun with. In past many times, I have gone out to a new years party, however, I have not enjoyed the parties much as I find it too busy. In recent years, I have been spending time watching my favorite movies with my wife, daughter and few friends. Here is the list of the movies, I have watched in my recent past and I believe if you are going to spend time watching the movie, this is a classic list of the movies developers like.

Please note they are just listed in the order I have watched in the past. The list does not suggest that one movie is better than the other. 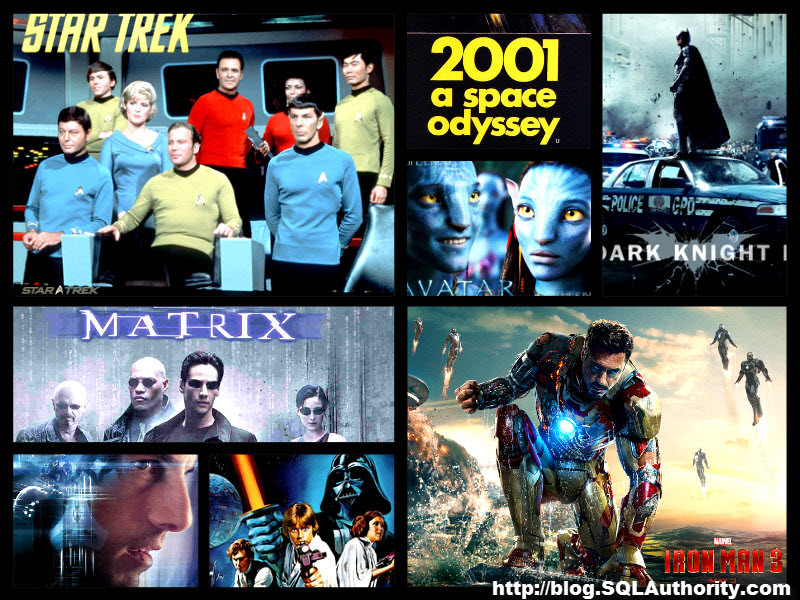 1. Star Wars Any list detailing influential movies on technical (“geeky”) people is going to have Star Wars and Star Trek (see below) at the very top. This genre of movie, and these two ground breaking examples, opened up people’s minds to the idea of technology, how it affects us, and how to control it. A career in technology was the next logical step.

2. Star Trek The reasons that Star Trek and Star Wars is so influential was briefly covered above, but the two deserve separate listings for their very different scope and style. Star Trek is often described as more “philosophical,” which made many viewers question technology and its implications even more deeply.

3. The Matrix Is it any wonder than people whose whole life revolves around computers were drawn to a movie about computer literally controlling your life? The awe-inspiring special effects, catchy story line, and heart-pounding action scenes didn’t hurt this movies’ popularity, either.

4. Blade Runner Blade Runner was a movie that, on its surface, was about a police officer tasked with tracking down four escaped criminals. However, the criminals were robots indistinguishable from human beings, and the movie was set in the not-so-distant future of 2019 (even closer now than when the movie was released in 1982). The way the future was depicted, particularly the technology and its impact on society, has made this movie into a cult classic that developers are still discussing today. It was also one of the first movies ever released on DVD, so the “new technology” edge also makes it popular with the DBA crowd.

5. Wall-E This is another movie set in the future, but told from the point of view of two robots. Wall-E is a humble trash-collecting robot, who has continued to bundle the discarded remains of human society 700 years after humans have abandoned their ruined planet Earth. The overt themes of the movie are clearly about caring for the environment and each other, but there are also hidden themes of how technology can help the world, but hide problems that humans don’t want to think about. There is also a clear comparison between two rival camps – Microsoft and Apple – that added humor to the whole movie. 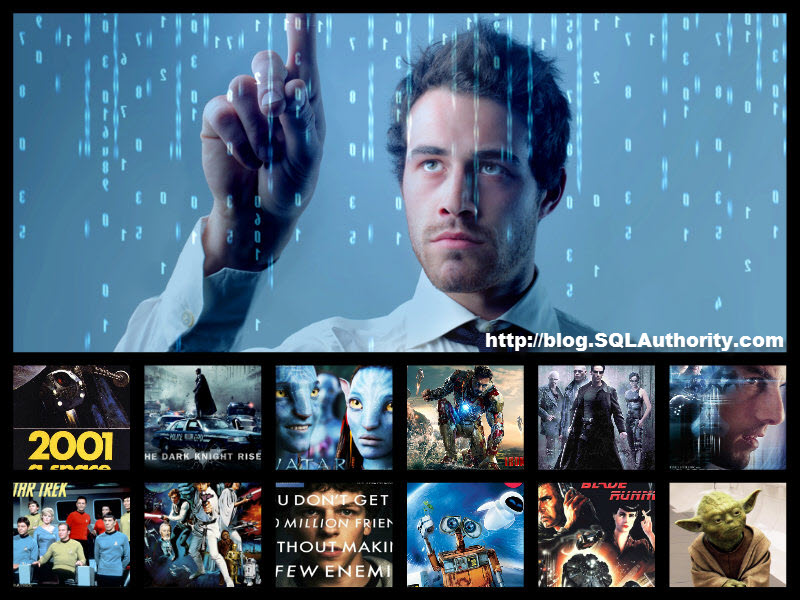 6. Iron Man/Batman Super hero movies are the traditional favorite of the technology fan. There is something about being able to change the world with your unique powers that appeals to that crowd in particular. However, superheroes who are normal people, whose enhanced powers come from technology are going to boost these movies into the “best of the best” category.

7. The Social Network This is a movie directly speaking about technology and the one man who created the most popular social media platforms of the modern world. It is timely, thought-provoking, and a must-see for anyone who wants to follow in (or avoid) the same footsteps as Mark Zuckerberg.

8. Avatar This movie influenced developers not only for its story line and special effects, but because of the kind of technology that went into making the movie with it’s amazing effects and 3-D visuals. It was one of the top grossing films of all time, and the only question is how much of that money is due to repeated viewings by DBAs.

9. Minority Report While this movie has been criticized for its acting, story line, and casting choices, it remains an important part of the DBA “canon” because of the way technology is portrayed – the furthest point it can be taken, used, and abused. Tom Cruise plays a police officer who uses technology to stop “future crimes,” sparking debates about free will, technological capabilities, and human responsibility. Starting conversations about the role of technology in every aspect of human life in an important job.

10. 2001: A Space Odyssey This classic movie is both the pinnacle and the blueprint for every sci-fi movie that came afterward. While the year 2001 is now part of the past, taking a look at how humans see technology, where we think it should be used versus how it is used, and the dangers of all of the above, makes this movie too important to leave off any list of “influential films.”

If you believe I have missed adding any film, leave a comment over here. 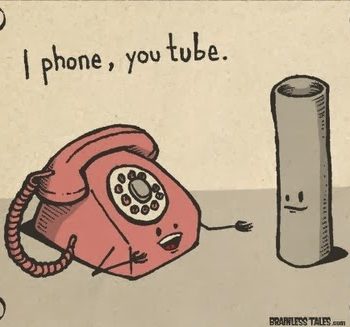