What is Difference between Table Aliases and Column Aliases? Do they Affect Performance?

Usually, when the name of the table or column is very long or complicated to write, aliases are used to refer them.

In the above example, col1 and tab1 are the column alias and table alias, respectively. They do not affect the performance at all.

What is the difference between CHAR and VARCHAR Datatypes?

What is the Difference between VARCHAR and VARCHAR(MAX) Datatypes?

What is the Difference between VARCHAR and NVARCHAR datatypes?

In principle, they are the same and are handled in the same way by your application. The only difference is that NVARCHAR can handle unicode characters, allowing you to use multiple languages in the database (Arabian, Chinese, etc.). NVARCHAR takes twice as much space when compared to VARCHAR. Use NVARCHAR only if you are using foreign languages.

Which are the Important Points to Note when Multilanguage Data is Stored in a Table?

There are two things to keep in mind while storing unicode data. First, the column must be of unicode data type (nchar, nvarchar, ntext). Second, the value must be prefixed with N while insertion. For example,

How to Optimize Stored Procedure Optimization?

There are many tips and tricks for the same. Here are few:

SQL injection is an attack in which malicious code is inserted into strings that are later passed to an instance of SQL Server for parsing and execution. Any procedure that constructs SQL statements should be reviewed for injection vulnerabilities because SQL Server will execute all syntactically valid queries that it receives. Even parameterized data can be manipulated by a skilled and determined attacker.

Here are few methods which can be used to protect again SQL Injection attack:

How to Find Out the List Schema Name and Table Name for the Database?

We can use following script:

What is CHECKPOINT Process in the SQL Server?

CHECKPOINT process writes all dirty pages for the current database to disk. Dirty pages are data pages that have been entered into the buffer cache and modified, but not yet written to disk. 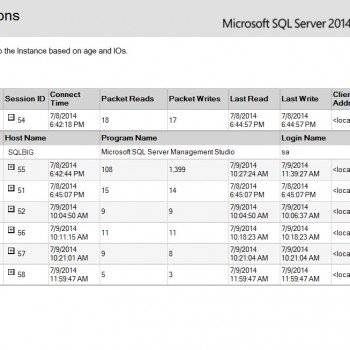 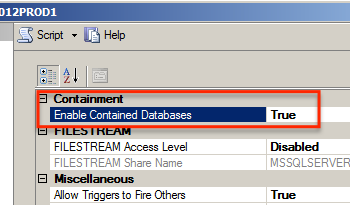