SQL SERVER – Differences in Vulnerability between Oracle and SQL Server

In the IT world, but not among experienced DBAs, there has been a long-standing myth that the Oracle database platform is more stable and more secure than SQL Server from Microsoft. This is due to a variety of reasons; but in my opinion, the main ones are listed below:

A. Microsoft development platforms are generally more error-prone and full of bugs.

This (unfairly) projects the weaknesses of earlier versions of Windows onto its other products such as SQL Server, which is a very stable and secure platform in its own right.

B. Oracle has been around for longer than SQL Server and must therefore be more stable and secure.

Well, this does not count for anything. Being around longer does not mean that you are necessarily wiser. Need more proof? – look at General Motors.

Let us look at the comparisons between Oracle’s DB platform and SQL Server:

Number of reported vulnerabilities for per product

In my opinion, this is the most basic test for stability and security – the number of errors and bugs reported for a product is roughly proportional to its security and stability. Note that this number is usually compiled by independent information-security companies; so, there is no question of “hiding the numbers.”

In this regard, Oracle fares poorly as compared with SQL Server. Oracle Corporation releases an amazingly large number of patches and Critical Patch Updates (CPUs) for its DB platform. To be fair, following are some of the arguments that support Oracle DB (together with answers for those same arguments):

Oracle runs on several platforms, while SQL Server only runs on Windows

Answer: No, the patches and bugs reported are almost all cross-platforms, which implies that they are OS-independent.

Answer: Here, I considered only the database server components. This implies that any problem arising from components such as the Intelligent Agent or the Oracle Application Server has not been included.

This is not only for the latest DB platforms: Oracle 11g and SQL Server 2008. No, if we take a historical perspective, Microsoft patched 59 vulnerabilities in its SQL Server 7 – 2000 and 2005 databases in the past 6 years, while for the same period Oracle issued 233 patches for software flaws in its Oracle 8, 9 and 10g databases. Moreover, in 2006, Microsoft SQL Server 2000 with Service Pack 4 was ranked as the most secure database in the market together with the PostgreSQL open source project. Oracle10g was placed at the very bottom of the same list.

DBAs are wary and tired of patching the Oracle DB

A survey conducted in January 2008 [3] showed that two-thirds of Oracle DBA’s do not apply security patches. The underlying cause of this is that Oracle Corporation releases a huge number of patches and fixes for various bugs, which itself leads to this secondary problem. There is a lot of fatigue and effort involved in tracking, testing and installing several patch releases every year. In 2009 alone, Oracle released 33 patches for its DB.

However, I am not at all suggesting that Oracle DBAs are lazy or do not take database security seriously. The main reason why many DBAs are very wary of patching Oracle databases is the complexity involved. First, note that patch testing, and also CPU testing is a long and intensive process. Because of the large numbers of bug fixes and CPUs released by Oracle, many application vendors whose products run on an Oracle DB simply do not have the time to test a patch, or as soon as they do so, another one is released. This, in turn, implies that if their clients risk installing unapproved patches, then the vendor can rightfully refuse to support them in case that patch then causes an error in the application.

Slavik Markovich, the Chief Technology Officer of database vendor Sentrigo Inc, said at a conference:  “To apply the CPU, you need to change the binaries of the database. You change the database behavior in some ways that may affect application performance. So applying security patches to a database typically involves testing them against the applications that feed off the database. This is a very long and very hard process to do, especially if you are in enterprises with a large number of databases and applications. Applying these patches means months of labor and sometimes significant downtime, both of which most companies can’t afford.”

Microsoft has a working system of patch testing and rollout, whereas Oracle does not have such a system

Trustworthy Computing is a Microsoft tool that proactively identifies and allows you to install missing patches. When Microsoft launched this initiative, many people did not take it seriously. But now it has proven to be a lifesaver for many busy DBAs and system administrators who simply do not have the time to worry about installing patches. Oracle does NOT have an equivalent tool.

Also, Oracle also does not make life easier for companies who want to keep their databases secure, making it complex to download and install patches. With SQL Server, you can schedule automatic installation of updates and patches. Moreover, if it causes an undesired effect on your application, you can simply uninstall it, leaving the database at it was prior to the update. This is somewhat similar to the System Restore feature of Windows. With Oracle DB, both the installation and removal of patches are complex events that are not easy to do and undo, except for a seasoned DBA.

However, the single most crucial factor in Microsoft’s DB-security-management success is its Security Development Lifecycle (SDL). The use of SDL [4] implies that knowledge obtained after resolving the problems is never lost; instead it is ploughed back into the cycle. Therefore, instead of repeating the same mistakes every time, you can at least ensure that the new code is more secure than the old code, even though it is not completely secure. For instance, the mistakes that were committed and resolved while developing SQL Server 2005 were not repeated during the development of SQL Server 2008. However, there is one issue that bothers developers and DBAs who use Oracle DB: they come across the same mistakes in every version used by them. Eventually, when one problem is resolved, many a time the results are not problem-free and in turn, a new error or problem is created – overall, there is no consistent and reliable problem-solving technique for correcting bugs and fixes. In fact, database consultant Karel Miko estimates that Oracle Corp. is about 5 years behind Microsoft in patch management.

I hope this article helps to debunk the myth that SQL Server is a less stable and less reliable platform than Oracle DB. As many researchers and security consultancy firms worldwide have pointed out, SQL Server is consistently more secure and much less prone to errors and bugs than Oracle DB. 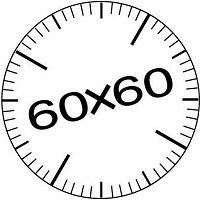