Just a day ago, while working on one of the project, I needed to see what is the two digit year cutoff of my current SQL Server. I did not remember what was the exact syntax to search for the same so I ran following query to list all server wide configurations. While looking at quickly I found out value of two digit year cutoff on line 19th. A small but very important script to save for getting server information.

I would like to know which version of the SQL Server are you running and what is the output are you getting for the above script. This is going to be very interesting to know.

Here is the output, which I get when run above script on SQL Server 2016. I got around 76 rows as a result set. 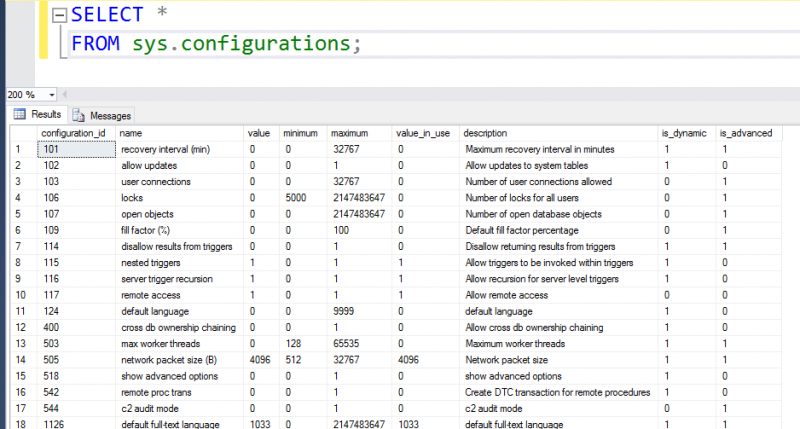 Here is the inside scoop, when I go to the performance tuning engagement, I use the same script to identify the various settings of the server. 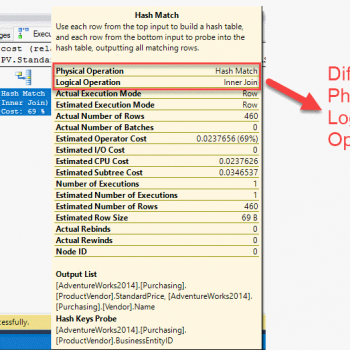 What is the Difference Between Physical and Logical Operation in SQL Server Execution Plan? – Interview Question of the Week #122