A DBA wears multiple hats and in fact does more than what an eye can see. One of the core task of a DBA is to take backups. This looks so trivial that most developers shrug this off as the only activity a DBA might be doing. I have huge respect for DBA’s all around the world because even if they seem cool with all the scripting, automation, maintenance works round the clock to keep the business working almost 365 days 24×7, their worth is knowing that one day when the systems / HDD crashes and you have an important delivery to make. So these backup tasks / maintenance jobs that have been done come handy and are no more trivial as they might seem to be as considered by many. So the important question like: “When was the last backup taken?”, “How much time did the last backup take?”, “What type of backup was taken last?” etc are tricky questions and this report lands answers to the same in a jiffy.

Here is how this report can be launched. 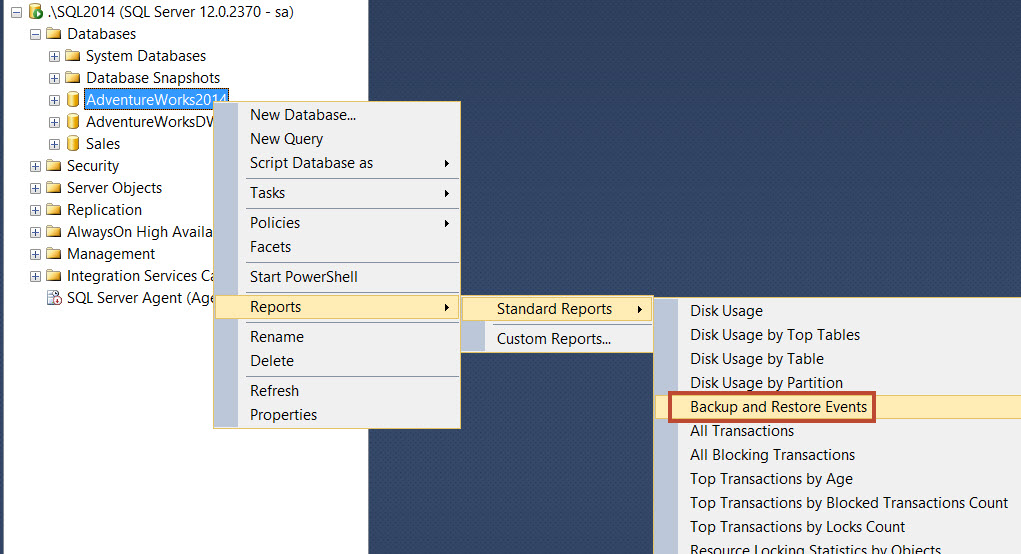 Once we launch this report, we can see 4 major sections shown as listed below.

Let us look at each section next.

Information shown in “Average Time Taken For Backup Operations” section is taken from a backupset table in the msdb database. Here is the query and the expanded version of that particular section

On my small database the time taken for differential backup was less than a minute, hence the value of zero is displayed. This is an important piece of backup operation which might help you in planning maintenance windows.

Here is the expanded version of this section.

This information is derived from various backup tracking tables from msdb database. Here is the simplified version of the query which can be used separately as well.


The report does some calculations to show the data in a more readable format. For example, the backup size is shown in KB, MB or GB. I have expanded first row by clicking on (+) on “Device type” column. That has shown me the path of the physical backup file.

Personally looking at this section, the Backup Size, Device Type and Backup Name are critical and are worth a note. As mentioned in the previous section, this section also has the Duration embedded inside it.

No backup operations errors occurred for (AdventureWorks2014) database in the recent past or default trace is not enabled.

This section may not be very useful in production server (do you perform a restore of database?) but might be useful in the development and log shipping secondary environment, where we might be interested to see restore operations for a particular database. Here is the expanded version of the section. To fill this section of the report, I have restored the same backups which were taken to populate earlier sections.

Here is the simplified version of the query used to populate this output.


Have you ever looked at the backup strategy of your key databases? Are they in sync and do we have scope for improvements? Then this is the report to analyze after a week or month of maintenance plans running in your database. Do chime in with what are the strategies you are using in your environments. 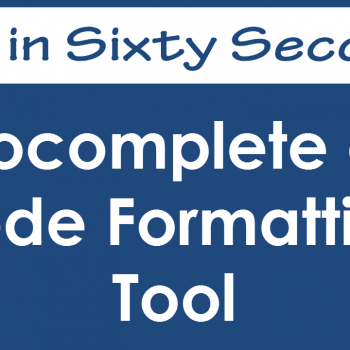