This is the first part of the series Incremental Statistics. Here is the index of the complete series.

Statistics are considered one of the most important aspects of SQL Server Performance Tuning. You might have often heard the phrase, with related to performance tuning.

“Update Statistics before you take any other steps to tune performance”.

Honestly, I have said above statement many times and many times, I have personally updated statistics before I start to do any performance tuning exercise. You may agree or disagree to the point, but there is no denial that Statistics play an extremely vital role in the performance tuning.

SQL Server 2014 has a new feature called Incremental Statistics. I have been playing with this feature for quite a while and I find that very interesting. After spending some time with this feature, I decided to write about this subject over here. 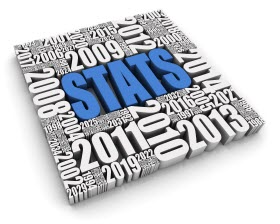 Well, it seems like lots of people wants to start using SQL Server 2014’s new feature of Incremetnal Statistics. However, let us understand what actually this feature does and how it can help. I will try to simplify this feature first before I start working on the demo code.

Code for all versions of SQL Server

Here is the code which you can execute on all versions of SQL Server and it will update the statistics of your table. The keyword which you should pay attention is WITH FULLSCAN. It will scan the entire table and build brand new statistics for you which your SQL Server Performance Tuning engine can use for better estimation of your execution plan.

Who should learn about this? Why?

If you are using partitions in your database, you should consider about implementing this feature. Otherwise, this feature is pretty much not applicable to you. Well, if you are using single partition and your table data is in a single place, you still have to update your statistics the same way you have been doing.

For example, if your table contains data which is related to sales, you will have plenty of entries in your table. It will be a good idea to divide the partition into multiple filegroups for example, you can divide this table into 3 semesters or 4 quarters or even 12 months. Let us assume that we have divided our table into 12 different partitions. Now for the month of January, our first partition will be populated and for the month of February our second partition will be populated. Now assume, that you have plenty of the data in your first and second partition. Now the month of March has just started and your third partition has started to populate. Due to some reason, if you want to update your statistics, what will you do?

In SQL Server 2012 and earlier version

You will just update the partition of Partition 3. There is a special syntax where you can now specify which partition you want to update now. The impact of this is that it is smartly merging the new data with old statistics and update the entire statistics without doing FULLSCAN of your entire table. This has a huge impact on performance.

Remember that the new feature in SQL Server 2014 does not change anything besides the capability to update a single partition. However, there is one feature which is indeed attractive. Previously, when table data were changed 20% at that time, statistics update were triggered. However, now the same threshold is applicable to a single partition. That means if your partition faces 20% data, change it will also trigger partition level statistics update which, when merged to your final statistics will give you better performance.

If you are not using a partition, this feature is not applicable to you.

If you are using a partition, this feature can be very helpful to you.

We will see working code of SQL Server 2014 Incremental Statistics.

SQL SERVER – Interesting Observation about Order of Resultset without ORDER BY 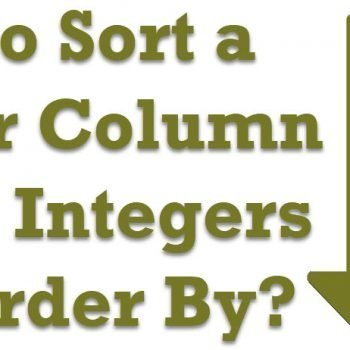 How to Sort a Varchar Column Storing Integers with Order By? – Interview Question of the Week #206 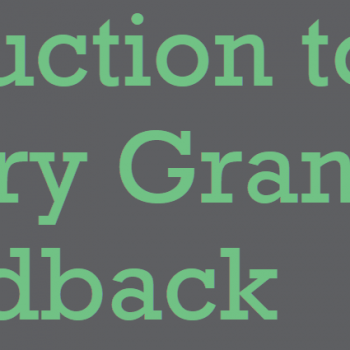