In a previous article, I wrote about scale-up vs. scale-out architectures using SQL Server and NuoDB as examples.  NuoDB recently announced the general availability of their latest product release, 1.1, and it looks like they’ve made significant progress in improving their Microsoft support. NuoDB now supports 64-bit Windows environments, natively integrates with Visual Studio, LINQ and EntityFramework to name a few.

For those of you who haven’t had a chance to read my previous article, NuoDB is a distributed cloud database that supports SQL and ACID transactions. A single logical NuoDB database can be deployed on one or many cloud machines to support the scale-out model without the need to partition, shard, or replicate. 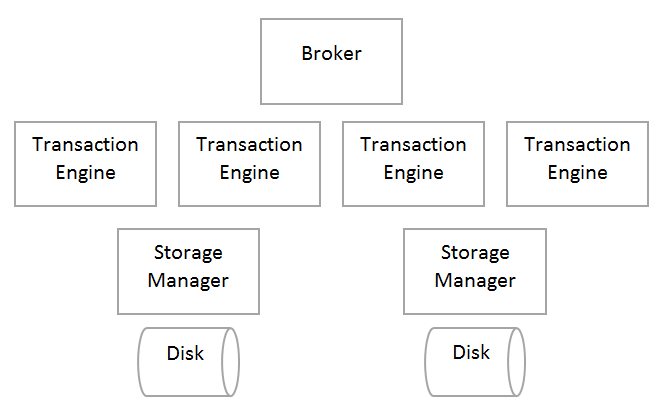 Each process in the NuoDB architecture represents a virtual or physical cloud resource but the database as a whole continues to represent itself as a single logical database to any client that’s connected to it.

Many of you have been developing, deploying and maintaining .NET applications using SQL Server and might be familiar with setting up a server farm or application cluster to improve performance. As you know, this is no easy task, from both a development and deployment perspective.  I’m not advocating that you eliminate SQL Server from your stack, but let’s entertain the idea of using NuoDB as the primary database for your application backend. Since it presents itself as a single logical database to your application regardless of how many machines it might be running on, you’re able to simplify your code and your scale-out strategy. The transaction engine layer of NuoDB uses a dynamic caching mechanism to eliminate the need to shard or federate your data. Transaction engines connect directly to client applications and are able to process all transaction types (CRUD) and maintain data consistency across the entire deployment environment. This opens up the opportunity to write applications specifically designed for a scale-up architecture and leverage NuoDB to provide scale-out capabilities. Below is an example of co-locating transaction engines on each node in a server farm.

I have been following NuoDB for some time now and with each release the technology becomes more exciting. Click here if you would like to try out the latest 64-bit version of NuoDB that includes an ADO.NET driver for Visual Studio integration. Comments welcome! 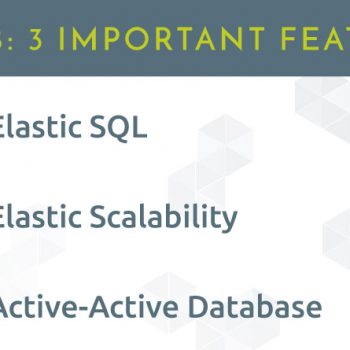 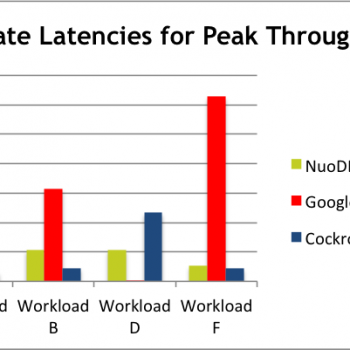