This is the fourth part of the series regarding Redundant Indexes. If have not read earlier part – there is quite a good chance that you will miss the context of this part. I quickly suggest you to read earlier three parts. On my production server I personally use embarcadero DB Optimizer for all performance tuning and routine health check up. I will be interested to know what is your feedback about the product.

Jon and Mike continue their conversation from last week.

Mike – Jon, In very first day we discussed that we should also pay attention to the Order By clause of the columns used in the Indexes. Do you have any working demonstration example where we can understand that concept in depth.

Jon – Sure, Mike. I think you are referring to following example which we have discussed in the conversation.

Mike – Yes, would you please explain how ASC and DESC works with the case of Redundant Indexes.

In normal case, we will not see the direction of the Columns used and consider Indexes as a redudant. For example when I see Index 5 and Index 6 I would see them as following.

I will just see that Index 5 has two columns (Col1 and Col2), whereas Index 6 have three columns (Col1, Col2, Col3) and they are redundant (read the very first blog post for why they are considered as a redundant).

However, from our conversation I do understand that the columns used to build indexes have a direction and we should consider them as an important factor before we make these indexes redundant.

We will create a single table with two different Indexes. Later we will run two different but similar looking queries on the table. We will observe how their index usage pattern is.

Clustered Indexes are just created for reference – the results of this test will not be affected by its presence or absence of it. I have just created to rule out few doubts I anticipate by their absence. The important part is non clustered indexes. One of the non-clustered index is created on Col1 & Col2 DESC and another one is created on Col1 DESC, Col2 DESC, and Col3. 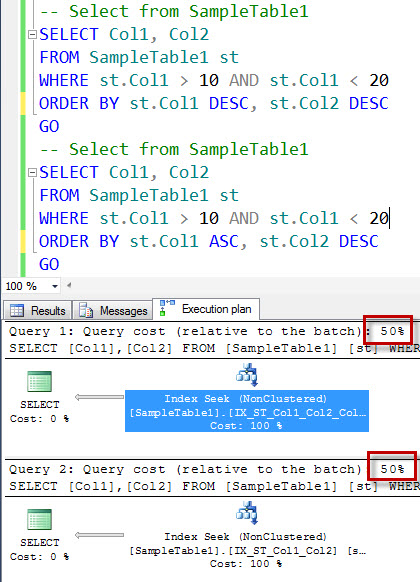 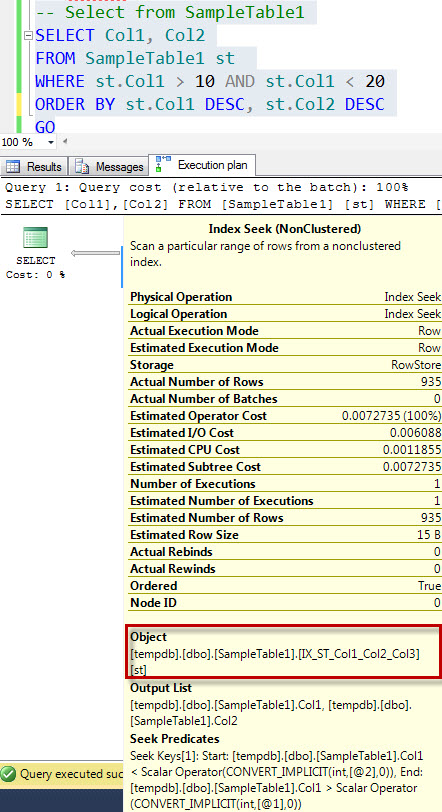 We can see from the execution plan – it is using the index – IX_ST_Col1_Col2_Col3. 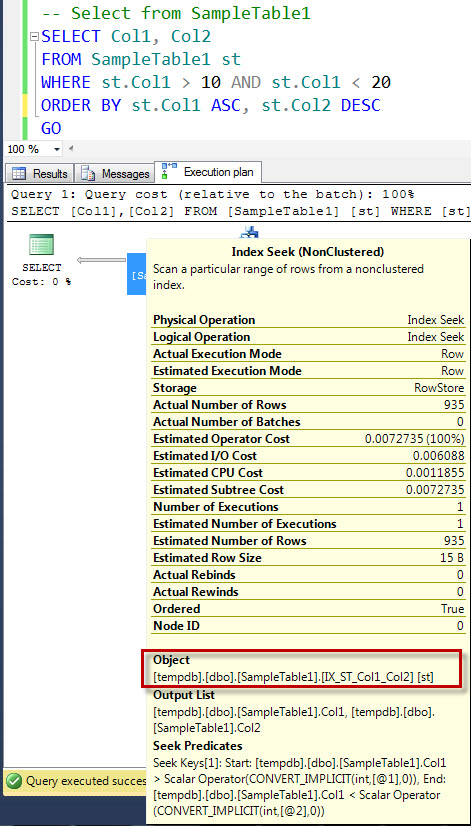 Now let us put a everything together quickly.

I think by for you must have guessed that there is a relationship between the order of the columns with the ORDER by Clause used in the WHERE condition.

Even though, Index IX_ST_Col1_Col2 looks like a Redundant Index, it is not a Redundant Index of all. They are matter of the fact very different Indexes. They should be both kept if both are used in the queries.

There are a lot more things we can discuss over here – but this is just a starter. Any question so far.

Mike – Thanks Jon, I understood so far. Here is the question in my mind – If I am following two Indexes they are considered as a different Index am I correct?

Jon – Yes, they are different Indexes for sure.

Mike – Oh okey I perfectly got it. Let me quickly summarize it.

Even though Indexes look redundant there may be some queries which may find them useful. ORDER of the columns used in the Indexes is very important when considering the redundancy of the indexes. If the column order is different the Indexes are also considered as a different indexes. Before dropping the indexes one should properly validate the usage patterns of the indexes and query workloads. One should properly test everything before taking any actions.

Jon – Good summary. Let us do a quick clean up.

Mike – Perfect, I think I know a lot now.

Jon – Do you really think you know everything?

Jon – If you think so answer me following question –

Are following two indexes should be considered as a redundant indexes or are they different indexes?

Mike – From what I understood today – they are Not Redundant Index.

Jon – Glad I asked this question. You are WRONG!

Jon – Let us talk about this future blog posts – I think I need to teach you a lot of things!

Jon – Absolutely, I suggest that you try embarcadero DB Optimizer. It helps finding users the precise details related to index usage. It also indicates if Indexes are useful or useless. This tool is very easy to use and help in various aspects of the performance tuning. Here is detailed articles on this subject Part 1 and Part 2. This tool can help you with writing proper queries, do indexes maintenance and optimize overall health of the server. 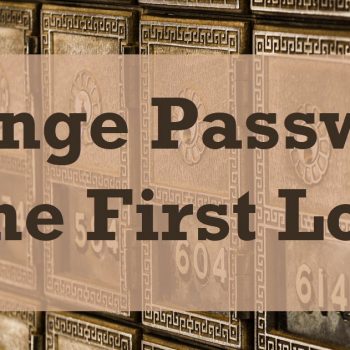 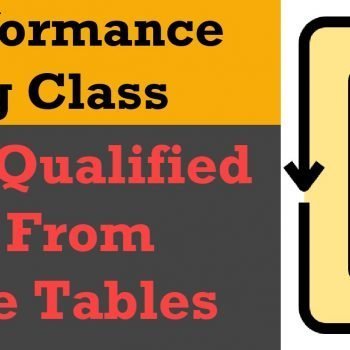