There is an old quote “A Picture is Worth a Thousand Words”. I believe this quote immensely. Quite often I get phone calls that something is not working if I can help. My reaction is in most of the cases, I need to know more, send me exact error or a screenshot. Until and unless I see the error or reproduce the scenario myself I prefer not to comment. Yesterday I got a similar phone call from an old friend, where he was not sure what is going on. Here is what he said.

My immediate reaction was he was facing security and permission issue. However, to make the same recommendation I suggested that he send me a screenshot of his own SSMS and his friend’s SSMS. After carefully looking at both the screenshots, I was very confident about the issue and we were able to resolve the issue. Let us reproduce the same scenario and many there is some learning for us.

First let us see the image of my friend’s SSMS screen. (Recreated on my machine) 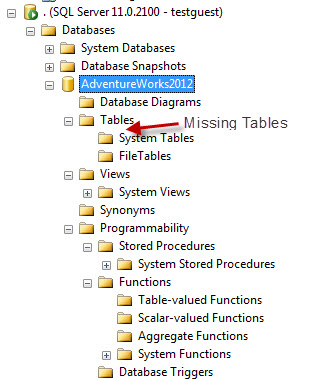 Now let us see my friend’s colleague SSMS screen. (Recreated on my machine) 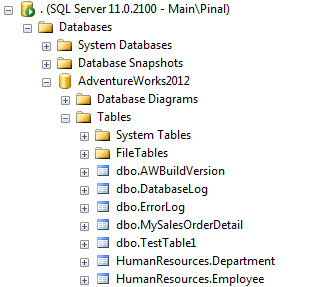 You can see that my friend could not see the user tables but his colleague was able to do the same for sure. Now I believed it was a permissions issue. Further to this I asked him to send me another image where I can see the various permissions of the user in the database. 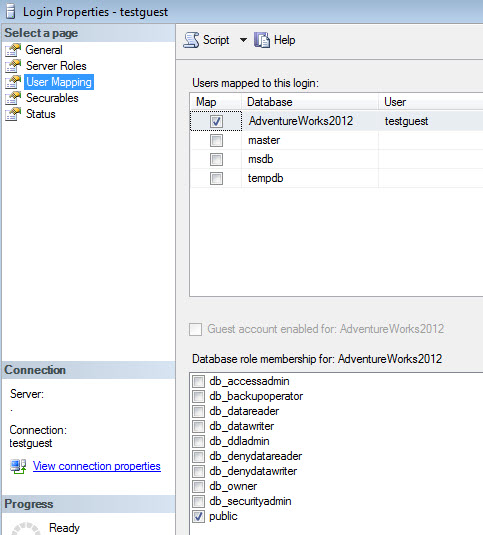 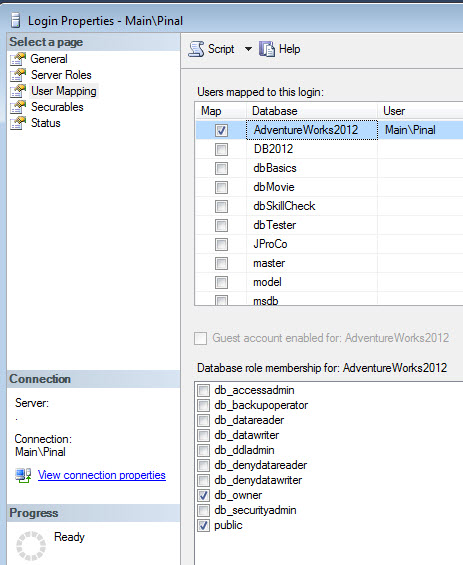 This indeed proved that my friend did not have access to the AdventureWorks database and because of the same he was not able to access the database. He did have public access which means he will have similar rights as guest access. However, their SQL Server had followed my earlier advise on having limited access for guest access, which means he was not able to see any user created objects. 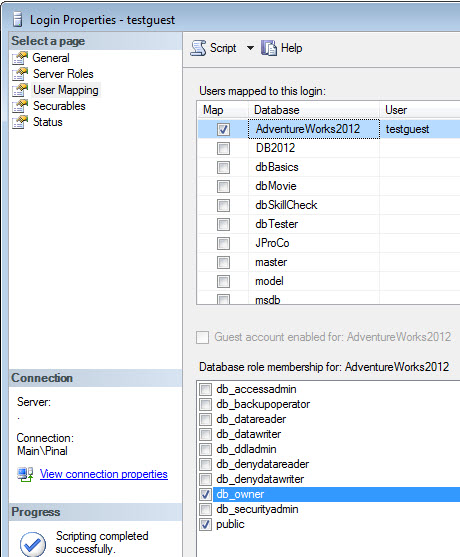 You can do the same using following T-SQL script as well.

Once my friend was admin he was able to access all the user objects just like he was expecting. 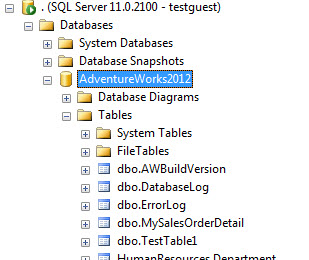 Please note, this complete exercise was done on a development server. One should not play around with security on live or production server. Security is such an issue, which should be left with only senior administrator of the server. 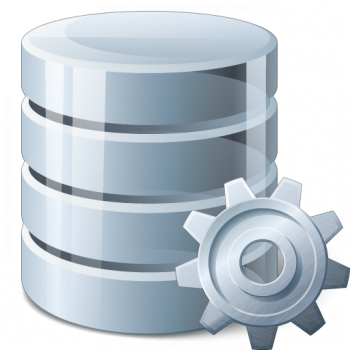