There are four ranking functions in SQL server. Today we will look at RANK( ), DENSE_RANK( ), and ROW_NUMBER( ).These functions all have the same basic behavior. Where they differ is in the handling of tie values. These three functions produce identical results, until a tying value in your data is present.

Until the tie data is encountered, the results are identical (see Josh and Kevin’s score of 9.6. We will explain more on this later. Let’s look at RANK( ) using a Grant table example sorted by largest to smallest grant amount (descending sort order). 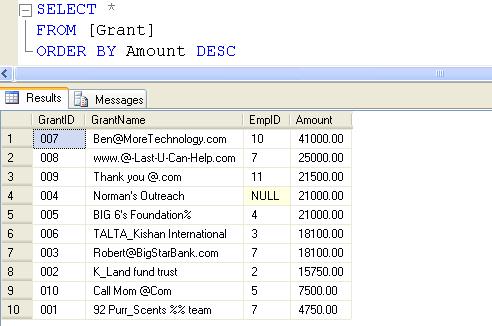 Now we can look at how RANK() works with ties. The Grant table ranked over the Amount column, showing 2 pairs of tied amounts. There is a 2 way tie for 4th place so both the grants of $21,000 get a rank of 4. After that there is no 5th place grant. There is a 6th place grant so after ties you get a gap to match the numbered order. Observe that no ORDER BY clause follows the FROM clause, since we moved it in into the OVER( ) clause. Examine what the RANK( ) function has done here. We see straightforward rankings of 1, 2, and 3 for the first three unique amount values. Notice the tie for fourth place. Then there’s another tie for the next place, which is ranked as 6. After that we get to 8th place as seen in the figure below. 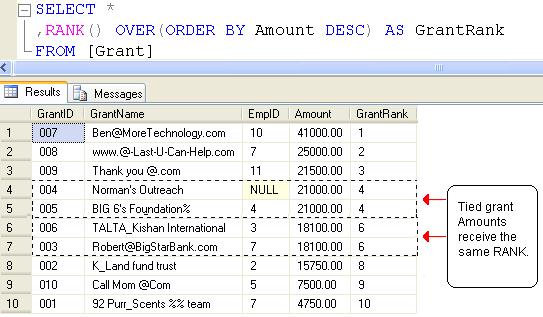 How about Dense_Rank? After the 2 way tie for 4th place the next value will get 5th place. There will be no gaps after the tie with the DENSE_RANK(). DENSE_RANK( ) is very useful for finding the five highest distinct amounts, because it finds each amount and has no gap in its numbering sequence.

Note: If you want to setup the sample JProCo database on your system you can watch this video. For this post you will want to run the SQLQueriesChapter7.0Setup.sql script from Volume 2.

The figure below shows the scores of 6 contest winners. Tom is the highest
and Eric made 6th place. There were 6 people but only 5 distinct scores.

You are writing a query to list the 5 highest distinct scores. The Ranked field should be called ScoreRating. You have written the following code.

What code will achieve this goal? 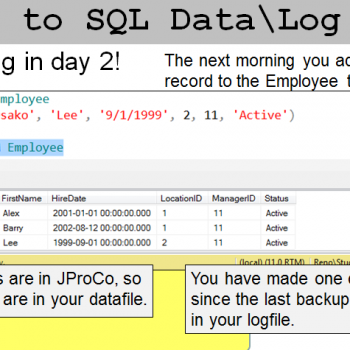 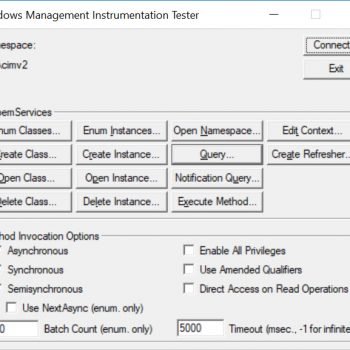