Partitioning with the Over Clause (Part 2)

Yesterday we learned how the over clause can be used to compare your number against the overall aggregated number for an entire result set. Sometimes you might want your number to be compared against its category and not all records from a table. For example I don’t get any joy in saying I never won the state championship in Greco Roman wrestling. On the other hand with great joy I tell people was the Tacoma City Champion. By partitioning the sport down into City instead of the entire country or state my ranking is much better.

Businesses might have other reasons for partitioning a group. Let’s use an example of schools where they see most of them getting a drop in attendance during the summer time. Comparing an attendance trend from spring to summer would not show an uptrend even if your school is growing year after year. It makes more sense to compare this summer to last summer to find a trend then to compare the spring and summer where you always see a drop. Whatever your reason you can get a total by a level of your choosing with the OVER() clause. Now let’s try an example using the aggregate function COUNT( ) with the OVER( ) clause. We’ll start with a simple query on the Employee table. Here we see Alex Adams is just 1 employee out of 13.  In fact each employee is one of 13 in this example. 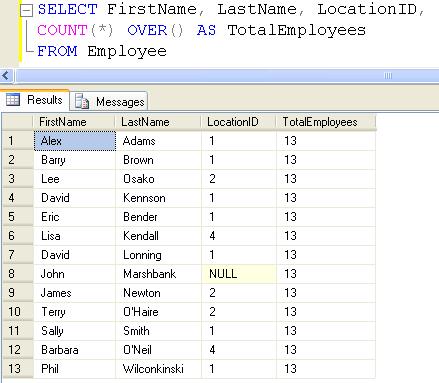 Now let’s look at Alex Adams. He works in Location 1. How many of JProCo’s employees are in Location 1 (Seattle)? And how many of the total employees work in Boston? Alongside the existing table records, we want to add a column showing the count of employees at each location. Recall that blank parentheses cause OVER( ) to apply the aggregation across all rows of a query. Our instruction to show employee count at each location means we don’t just want a total of all locations in our query – we already have that data displayed in the TotalEmployees column. We must include an argument inside the parentheses. PARTITION BY divides the result set into partitions. In this case we’ve added a partition by LocationID. 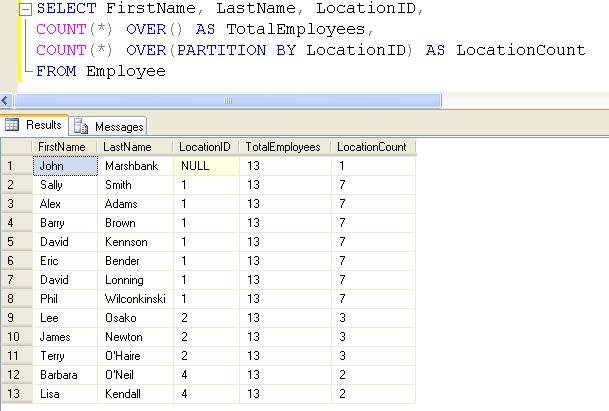 Since Seattle has 7 of the total 13 employees, we can guesstimate that just over ½ (or more than 50%) of JProCo employees work in Seattle (LocationID 1). Let’s run the query and check the results.

Our result set shows no ratios and all 0’s. This is because our calculation involved only integers. (The grant amount data was expressed in decimal form.) Rather than writing additional code using CAST, we’ll use a trick that works with many programming languages. Multiply the numerator by 1.0 to make each figure display as a decimal instead of an integer. Multiply the numerator by 1.0, so results appear as decimals instead of integers. 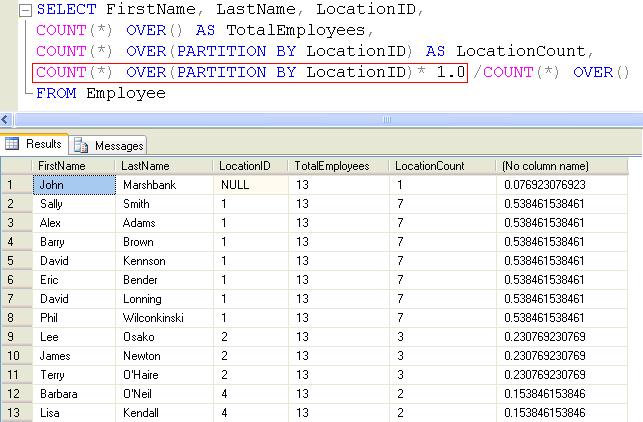 Finally, polish your report by adding the descriptive title Pct in place of the blank column header. Sort your report in descending order of occupancy (Pct) and LastName. 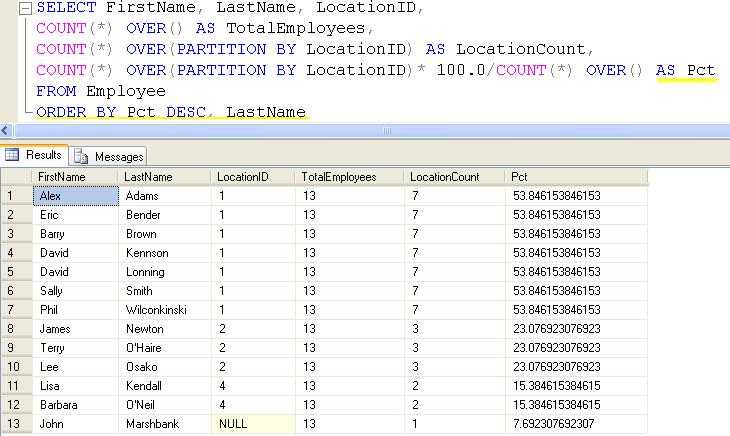 Note: If you want to setup the sample JProCo database on your system you can watch this video. For this post you will want to run the SQLQueriesChapter5.0Setup.sql script from Volume 2.

Q 11) You have a table named CurrentProducts. The table contains a column named Category. You need to make a T-SQL statement that calculates the percentage (with decimals) of products in each product Category. Which query should you use? 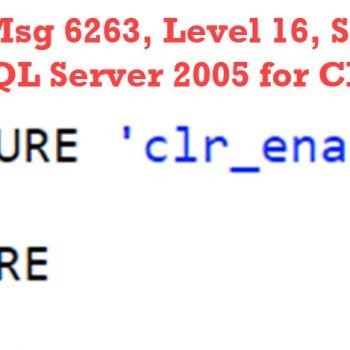 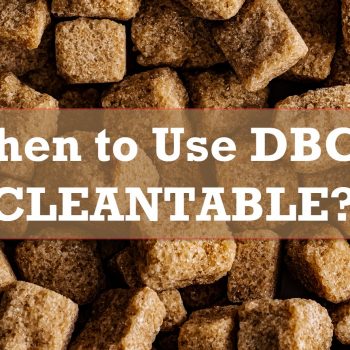 SQL SERVER – When to Use DBCC CLEANTABLE?

SQL SERVER – What is Tail-Log Backups?