Today, we have a very basic thing to go over. Few days back, I was discussing with one of my friends regarding BI. He told me that he knows that BI stands for Business Intelligence but he would like to know what languages BI uses to achieve the goal. The reason I found this question very interesting was because     I was asked the same question two weeks back at TechEd on Road Ahmedabad. I had promised one of the attendees that I will reply to his question soon. This question, which my friend asked recently, reminded me of the same. Let us go over the languages of BI very quickly. Again, these are just definitions and there is much more to learn. Moreover, to master each language it may take years.

MDX – Multidimensional Expressions. This language is used for retrieving data from SSAS cubes. It looks very similar to T-SQL, but it is very different in the areas of conceptualization and implementations.

XMLA – XML for Analysis. This is mainly used for SSAS administrative tasks. It is quite commonly used in administration tasks such as backup or restore database, copy and move database or learning meta data information. Again, MS BI tools provide lots of wizards for the same.

After writing the above definitions, I feel my information is incomplete as these are just very basic information and do not provide much value. I will cover interesting aspects of these languages in near future. In SQL Server Management Studio, you can write the queries in the desired languages using top menu bar. 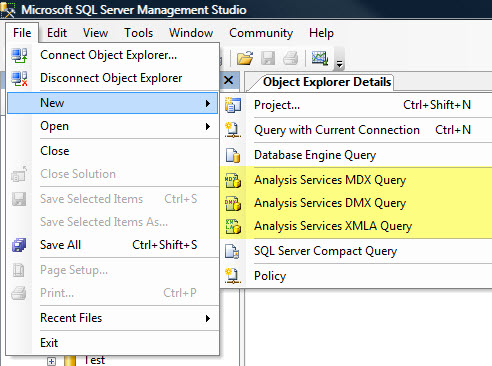 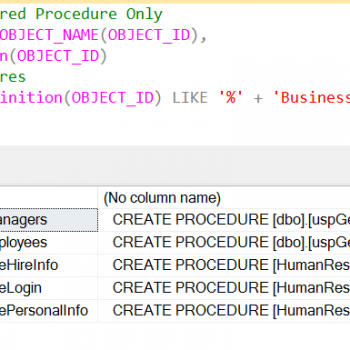 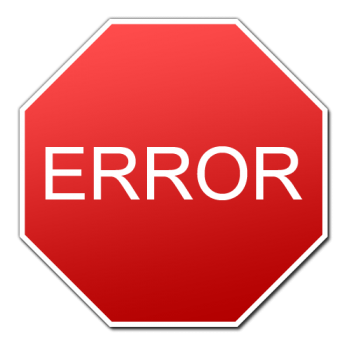