Stored Procedures are very important and most of the business logic of my applications are always coded in Stored Procedures. Sometime it is necessary to hide the business logic from end user due to security reasons or any other reason. Keyword WITH ENCRYPTION is used to encrypt the text of the Stored Procedure. One SP are encrypted it is not possible to get original text of the SP from SP itself. User who created SP will need to save the text to be used to create SP somewhere safe to reuse it again.

Interesting observation:
What prompted me to write this article is when SP are encrypted Actual Execution Plan of the SP is also not visible. In fact, it does not respond to that command and does not display the tab of execution plan if only Encrypted SP is called. 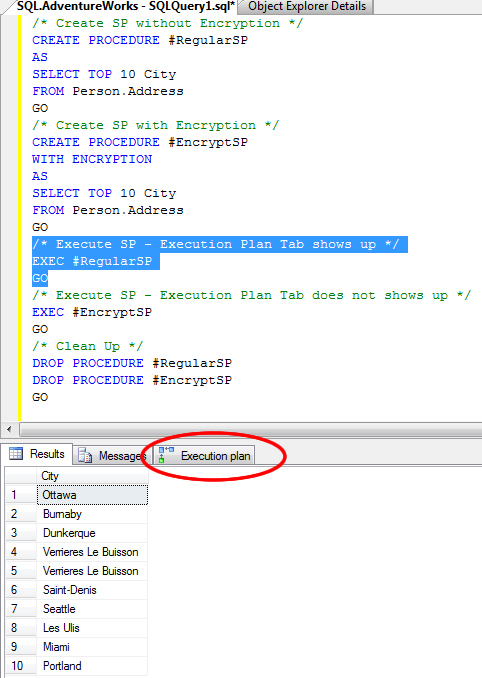 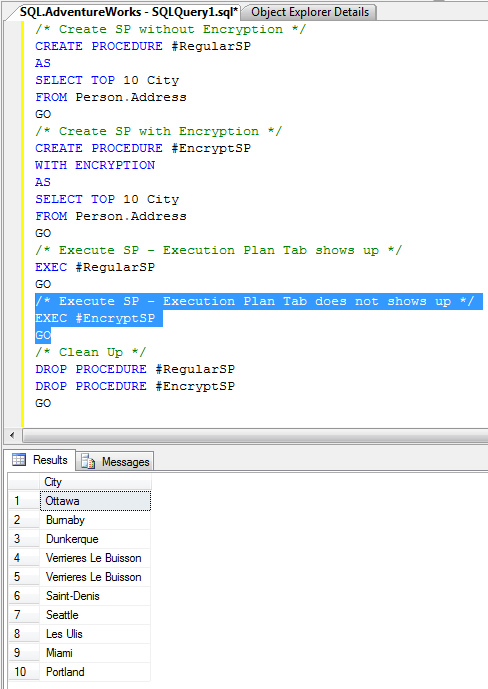 It is very clear from above example that Encrypted SP does not show the actual execution plan as from Actual Execution Plan user can figure out the logic behind the SP. To avoid this issue for encrypted SP Management Studio does not display the execution plan. 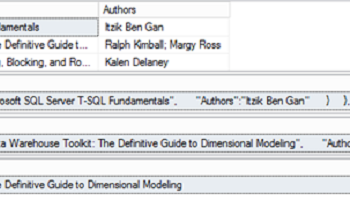