My saga of working with JSON documents and finding out the various errors continues. With JSON being one of the new data structures introduced inside SQL Server 2016, I have been exploring to how these are fundamentally different from using the FORXML constructs. The more I have been working and testing with this capability, the more similarities I see in them. Coming from a generation of working with SQL Server for more than a decade, I try to explore and learn the new concepts keeping some reference. This helps in faster learning and can accelerate the way you work with the new concepts.

In this blog, I am calling out one of the restrictions of using the FOR JSON clause with SQL Server 2016. We cannot use this clause in a DML statement like UPDATE. You will be presented with an error as shown below:

The code that caused this error is shown below for your reference:

As you can see the output from SQL Server Management Studio output:

As you can see, many of these features of FOR JSON is similar to how FOR XML used to work in previous versions of SQL Server. I am sure none had any requirement of getting an output clause as JSON. But I could be proved wrong. Do let me know via comments on the scenario where you would have loved this to be enabled. 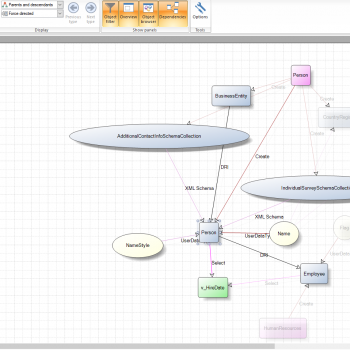