My exploration with SQL Server 2016 features are just continuing and I am delighted every other day to figure out something new been added to the capabilities which in the opinion were of limited capacity in the prior versions of SQL Server. I will spare the ranting exercise for now but will look at some of the things that caught my attention in my recent exploration with SQL Server InMemory OLTP enhancements.

In SQL Server 2014 – the lack of support for memory-optimized table records wider than 8060 bytes reduces the flexibility for customers in designing their DB schema and requires additional complexity in the likes of data partitioning (horizontally or vertically) or external storage for LOB data. This did the slow adoption of this technology in general.

Let me take a simple script to show you how this works:

The same query would have caused an error in SQL Server 2014 which in this version of SQL Server just runs fine.

With a number of such capabilities added, I personally think we need to relook at using InMemory OLTP capabilities inside SQL Server 2016. Do let me know what were some of the other reasons you evaluated InMemory and dropped using the same because it didn’t have a feature? Use the comments sections to share your experience. 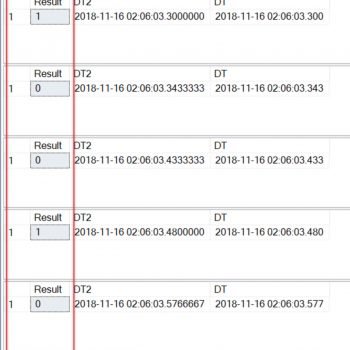