SQL SERVER – Performance Counter Missing: How to Get Them Back? 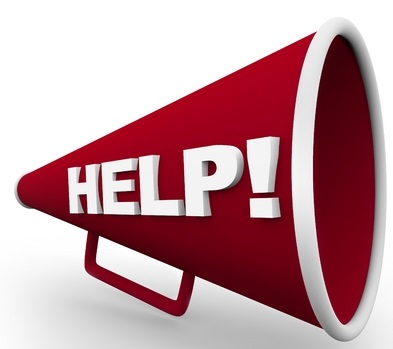 Of the thousands of mails I receive every day about SQL Server problems, I was recently pinged by a friend who reported a weird problem. He started with a simple question. He said that he wants to monitor SQL Server Performance counters for complete day to send a report back to his manager. That was a simple one and I asked to capture performance counter data of SQL Server using performance monitor tool (PerfMon.exe). I thought the solution was done and was about to close the chat window that I was questioned for the second time. This was tough one I thought – “I am not seeing any performance counter for my instance”.

I asked him to send a screenshot and instance details. Here is how his perfmon counters screen looks like. (Start > Run > Perfmon.exe) and then Right Click “Add Counters…” 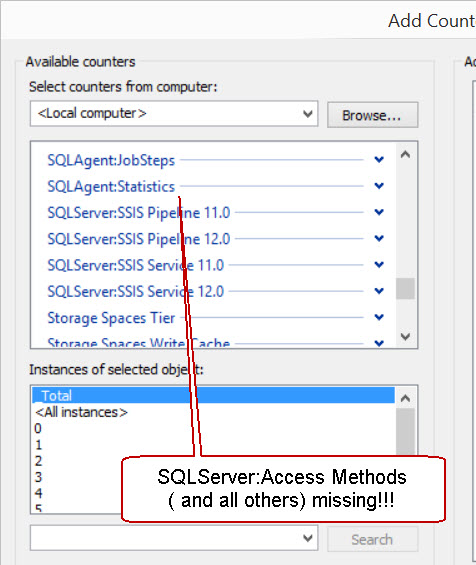 Since we are dealing with a default instance of SQL Server, we should see “SQL Server:Access Methods” as the first counters (they are alphabetical). This got me curious and I wanted to really understand why this could ever happen. I politely asked my friend if he was ready to do some sort of screen sharing at a later date.

I looked at the SQL Server ERRORLOG file first and there was nothing interesting under that. I asked to query sys.dm_os_performance_counters to check if we have counter values there. Here is the screenshot.

We can see that counters are available in SQL Server Engine but not shown in performance monitor tool.

Asked to look into below key:

We were not seeing many registry keys as compared to my system.

Knowing something has gone wrong terribly, the only option left at this point was to reload the counters. Here are the commands.

To load the counter we can look at the same key and look at the value of “PerfIniFile” which is “perf-MSSQLSERVERsqlctr. ini” in the above screenshot. The file is located under BINN folder. For my machine, it is “E:\Program Files\Microsoft SQL Server\MSSQL11.MSSQLSERVER\MSSQL\Binn”

For named instance, we need to check the file and path and run below (my machine has named instance of SQL Server 2014 called SQL2014)

Once that is done, we should be able to see the counters (shown below) 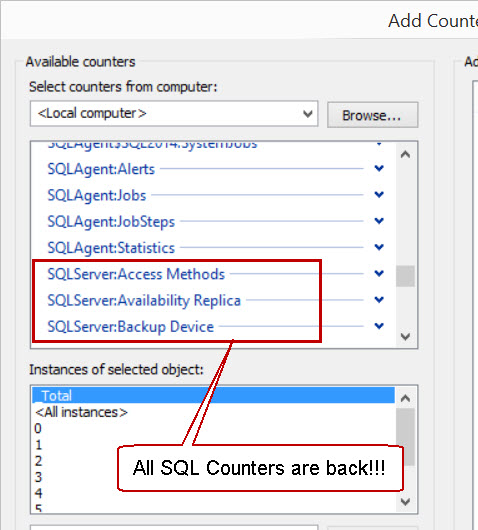 A big sigh of relief as this was a great learning and sharing time for me and I was able to help my friend. I am sure this was helpful to you too, if you ever encounter this situation. Do let me know.