Recently I published a blog about new DMV in SQL Server 2017 called dm_os_enumerate_fixed_drives. While doing that I found another new DMF (Dynamic Management Function) sys.dm_os_file_exists.

Another new DMF which I saw in SQL Server 2017 was sys.dm_os_file_exists. I was thinking of a reason to have a new function, but later I realized that same was available as an extended procedure called xp_fileexist. I think Microsoft is changing it because such file / OS level extended procedure may not behave same in Windows and Linux.

Here is the usage of old version

Here is the screenshot 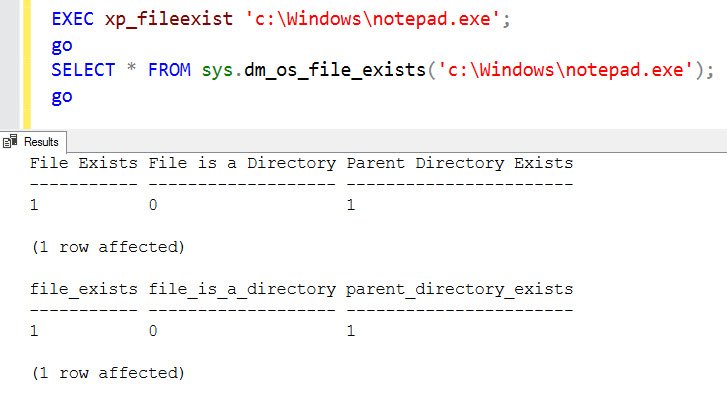 As we can see above, the output is the same format. Please note that sys.dm_os_file_exists will not work with the earlier version of SQL Server and only supported after SQL Server 2017.

Do you use a similar feature in your business. Please leave a comment and let me know what is the reason you have to use this procedure. Just like me everyone would be interested to know. Sharing is the best way to learn new features.

Here is my another blog post which may interest you:

System Stored Procedures I Use to Get Started 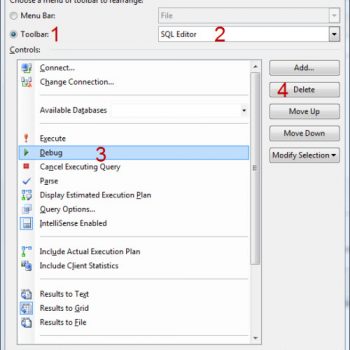