Let us consider this example.

The variable @str has a string value “This is nothing”. Suppose you want to change “nothing” into “everything” in this string. You can use INSERT() function as shown below

The INSERT() function replaces the characters starting from the position 9 to next 2 characters by “everything”. So in the string part “nothing”, no is replaced by “every” and the full string becomes “This is everything” . 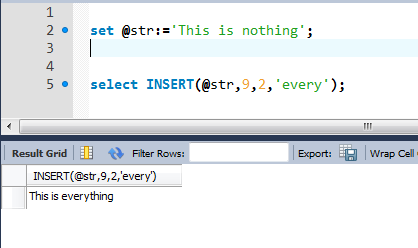 The result is “This is not nothing”. When the third parameter is 0, it will not replace any characters, but append it at the starting position defined in the second parameter

MySQL
Previous Post
SQL SERVER – What is Biml and How Can it Help Me with SQL Server BI? – Notes from the Field #036
Next Post
Developer’s Life – Every Developer is a Harry Potter 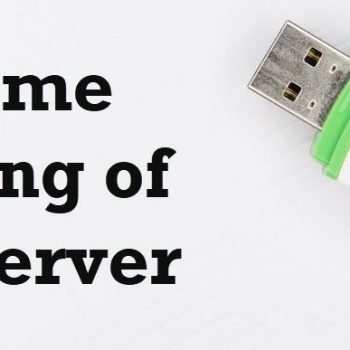