Social media has created an Always Connected World for us. On the second day of the event after the learning was over, I noticed lots of notification from my friend on my various social media handle. He had connected with me on Twitter, Facebook, Google+, LinkedIn, YouTube as well SMS, WhatsApp on the phone, Skype messages and not to forget with a few emails. I right away called him up. Let us learn about ON UPDATE CASCADE and ON DELETE CASCADE.

The problem was very unique – let us hear the problem in his own words.

“Pinal – we are in big trouble we are not able to figure out what is going on. Our product details table is continuously loosing rows. Lots of rows have disappeared since morning and we are unable to find why the rows are getting deleted. We have made sure that there is no DELETE command executed on the table as well. The matter of the fact, we have removed every single place the code which is referencing the table. We have done so many crazy things out of desperation, but no luck. The rows are continuously deleted in a random pattern. Do you think we have problems with intrusion or virus?”

After describing the problems he had pasted a few rants about why I was not available during the day. I think it will be not smart to post those exact words here (due to many reasons).

Well, my immediate reaction was to get online with him. His problem was unique to him and his team was all out to fix the issue since morning. As he said he has done quite a lot out in desperation. I started asking questions from audit, policy management and profiling the data. Very soon I realize that I think this problem was not as advanced as it looked. There was no intrusion, SQL Injection or virus issue. 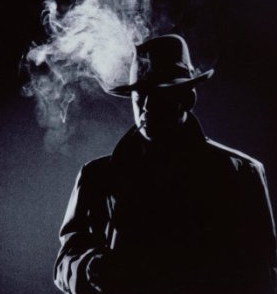 Well, long story short first – It was a very simple issue of foreign key created with ON UPDATE CASCADE and ON DELETE CASCADE.

In simple words – due to ON DELETE CASCASE whenever is specified when the data from Table A is deleted and if it is referenced in another table using foreign key it will be deleted as well.

In my friend’s case, they had two tables, Products and ProductDetails. They had created foreign key referential integrity of the product id between the table. Now the as fall was up they were updating their catalogue. When they were updating the catalogue they were deleting products which are no more available. As the changes were cascading the corresponding rows were also deleted from another table. This is CORRECT. The matter of the fact, there is no error or anything and SQL Server is behaving how it should be behaving. The problem was in the understanding and inappropriate implementations of business logic.

What they needed was Product Master Table, Current Product Catalogue, and Product Order Details History tables. However, they were using only two tables and without proper understanding the relation between them was build using foreign keys. If there were only two tables, they should have used soft delete which will not actually delete the record, but just hide it from the original product table. This workaround could have got them saved from cascading delete issues. I will be writing a detailed post about the design implications etc in my future post as in above three lines I cannot cover every issue related to designing and it is also not the scope of the blog post. More about designing in future blog posts.

Once they learn their mistake, they were happy as there was no intrusion, but trust me sometime we are our own enemy and this is a great example of it. In tomorrow’s blog post we will go over their code and workarounds. Feel free to share your opinions, experiences and comments. 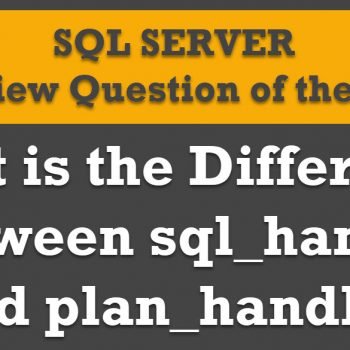 What is the Difference Between sql_handle and plan_handle?- Interview Question of the Week #269 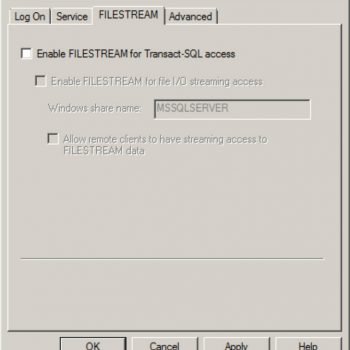 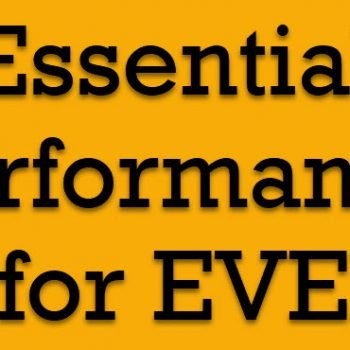