Recently I was preparing a demo for my next technical session, I had to do run a SQL code in parallel. I decided to use Batch File to run the code.

I am not the best guy to with command shell so I did it with following setup.

Now I ran AllBatch.bat and it run all the three files in parallel and simulated my needed scenario. 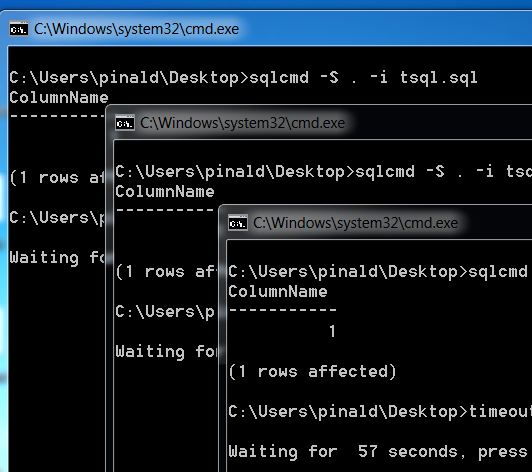 I believe there should be simpler way using power-shell. Anybody want to come up with equivalent code which is improvement to this code?