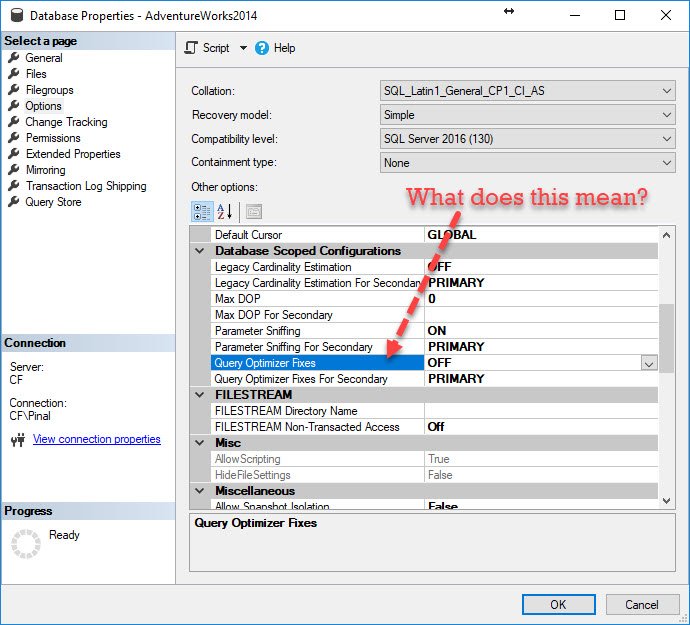 Answer: Before I answer this question, please note that this feature is introduced in SQL Server 2016. So if you are using any other version of SQL Server, you may not see this feature in your SQL Server Management Studio.

Now let us first understand what this particular setting is all about.

Before SQL Server 2016, whenever any hotfix or cumulative updates were released, query optimizer improvements were not automatically effective in SQL Server. The reason for this was very simple – if the new query optimizer changes were effective, there was risk of change in behavior for queries. Though we expect that this setting will improve performance, there was a good chance that some queries may perform very bad. It was always suggested that we do hotfix or cumulative updates on the development server first and once we are satisfied with the changes, should deploy it in production.

During my Comprehensive Database Performance Health Check, we often talk about this feature in detail.

So here is the final question –

Should we leave Query Optimizer Fixes ON or OFF?

I know if I say either of the answer, there will be some individual who would be not be happy. However, let me express my point of view.

If you are using SQL Server 2016 and your compatibility level is set to an earlier version of SQL Server (110,120), you can consider keeping it on after proper testing your system.

The best scenario is that you use SQL Server 2016 and keep your compatibility level to 130 – the best of the both the worlds. 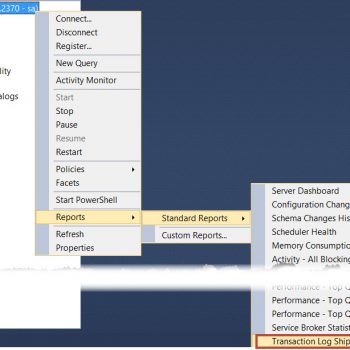 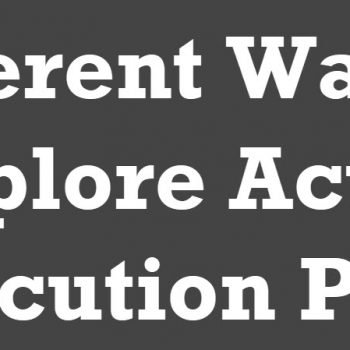