In this blog post we will be learning about tracking database dependencies.

If database changes are needed to be made at a column level, it’s essential that you perform impact assessment in order to determine which objects will be affected after the change. This means that SQL table column dependencies within a database need to be analyzed.

ApexSQL Clean is a tool that is used to analyze SQL server database dependencies and also to remove unwanted objects.

To analyze table column dependencies within a SQL database the first thing you need to do is to create a new project. That can be done by clicking the New button in the Home tab and choosing the desired server and the database. 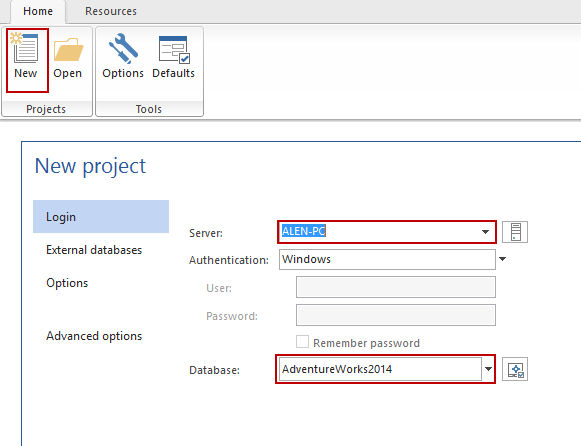 After that you need to select the Column dependencies button/option. Activating it will include all visible columns in the results grid and will make it expandable and be able to preview every column for each table.

The column type is automatically shown alongside the column name, whether it’s ROWGUID, Identity type or a regular column.

For any selected column or object, ApexSQL Clean provides additional information in both Children and Parents panes. The Parents pane contains a list of database objects, that the selected object depends on.

Every time a table schema is modified, it is very important to detect all possible SQL database objects that might be affected after the change. ApexSQL Clean has a main advantage which is that it leverages dependency analysis algorithms to display column level dependencies, not like in SSMS, where the object level dependencies can only be viewed. Without performing a full analysis, there is a possible risk of causing problems after implementing the update.

The Dependency viewer allows the visualization of all SQL object dependencies, including relationships that affect encrypted objects, system objects, or objects stored in databases encrypted with Transparent Data Encryption (TDE).

The Dependency viewer shows database object dependencies relative to each other in an easy to understand, well organized visual format, and offers various options for object manipulation, appearance, filtering, and more. 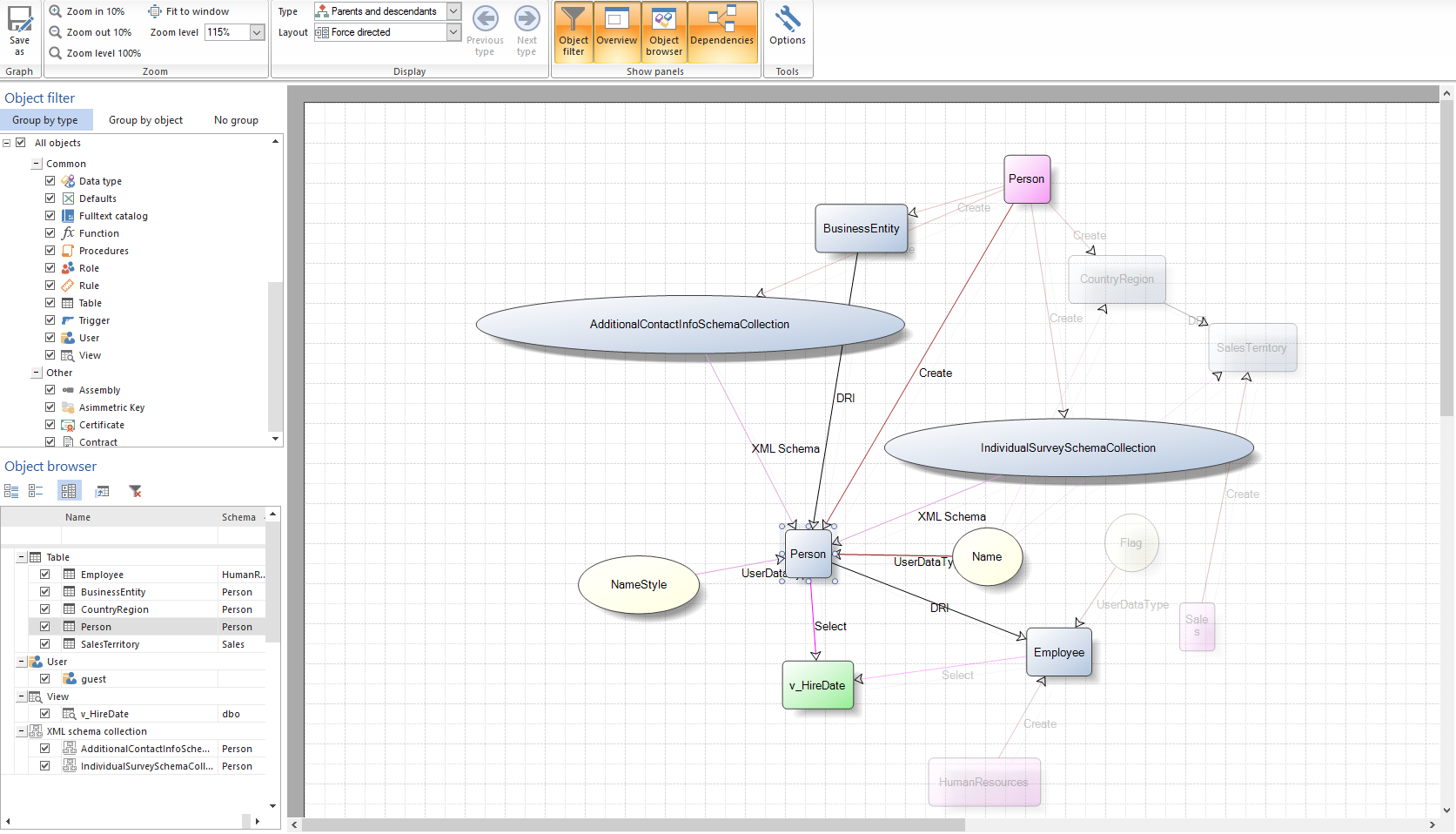 Visual dependencies can be displayed in four available types:

Visual dependencies can be filtered out by using four dependency filters:

Among all other features ApexSQL Clean is packed with a very useful feature that unfortunately most people are not even aware of. This feature manages SQL code analysis in Delphi, C#, XML, XAML, VB.NET, ASP.NET, CSS, HTML code etc., and detects what SQL objects are actually used and which ones aren’t. This helpful little feature keeps SQL databases stay clean and well organized.

In order to find any unreferenced objects that should be removed from a SQL database create a new project, select a database and click OK. Once that is done, the objects referential status will be displayed in the results grid. All unreferenced SQL objects will be marked with a green checkmark in the Unreferenced column. Only these objects can be selected to be removed from the database.

To clean up the database, select those objects and click the Create drop script button in the Actions tab. 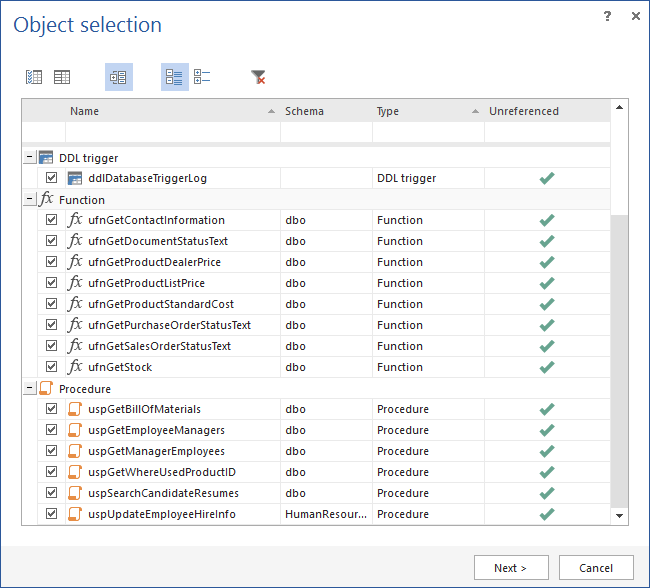 The next step offers the choice to create a drop script which can be used later, or to execute the created script and remove all unwanted objects. If you choose the Create drop script option, you can save it in a desired location or open the script in either ApexSQL built-in editor or in some other external editors, like SSMS, Notepad++ etc. 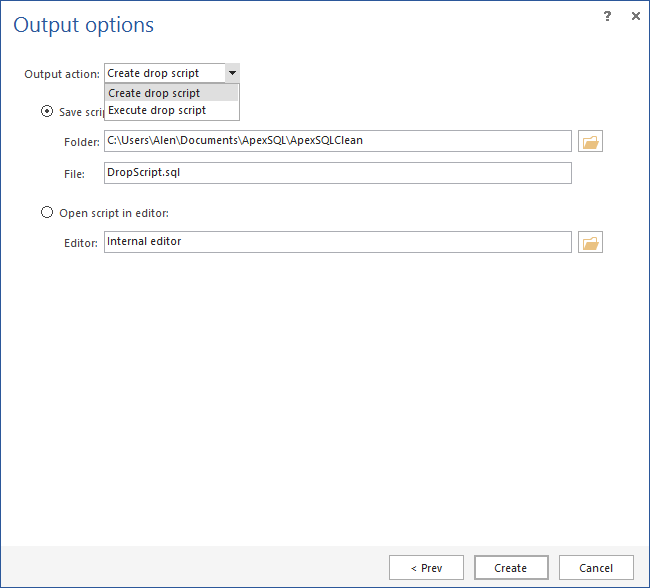 After executing the drop script an additional message dialog will appear with the script execution results.

Creating a report is easy to do and you will be provided with detailed information after, whether you want to include parent-children objects, or maybe you need to generate a document which contains objects that have no children objects or any other references. To create a cleanup report of unreferenced objects, click the Export button in the Actions tab.

As shown above, there are two types of export options available. HTML and XML report. Selecting either option will result in opening a new menu with additional customization options shown below: 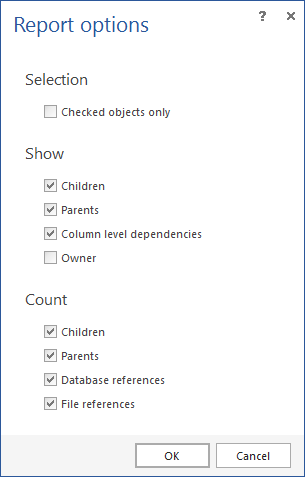 Select the needed report options and click OK. The generated cleanup report will contain previously selected information and it will allow the printing of a copy if it is necessary. A sample of a created HTML report can be seen below: 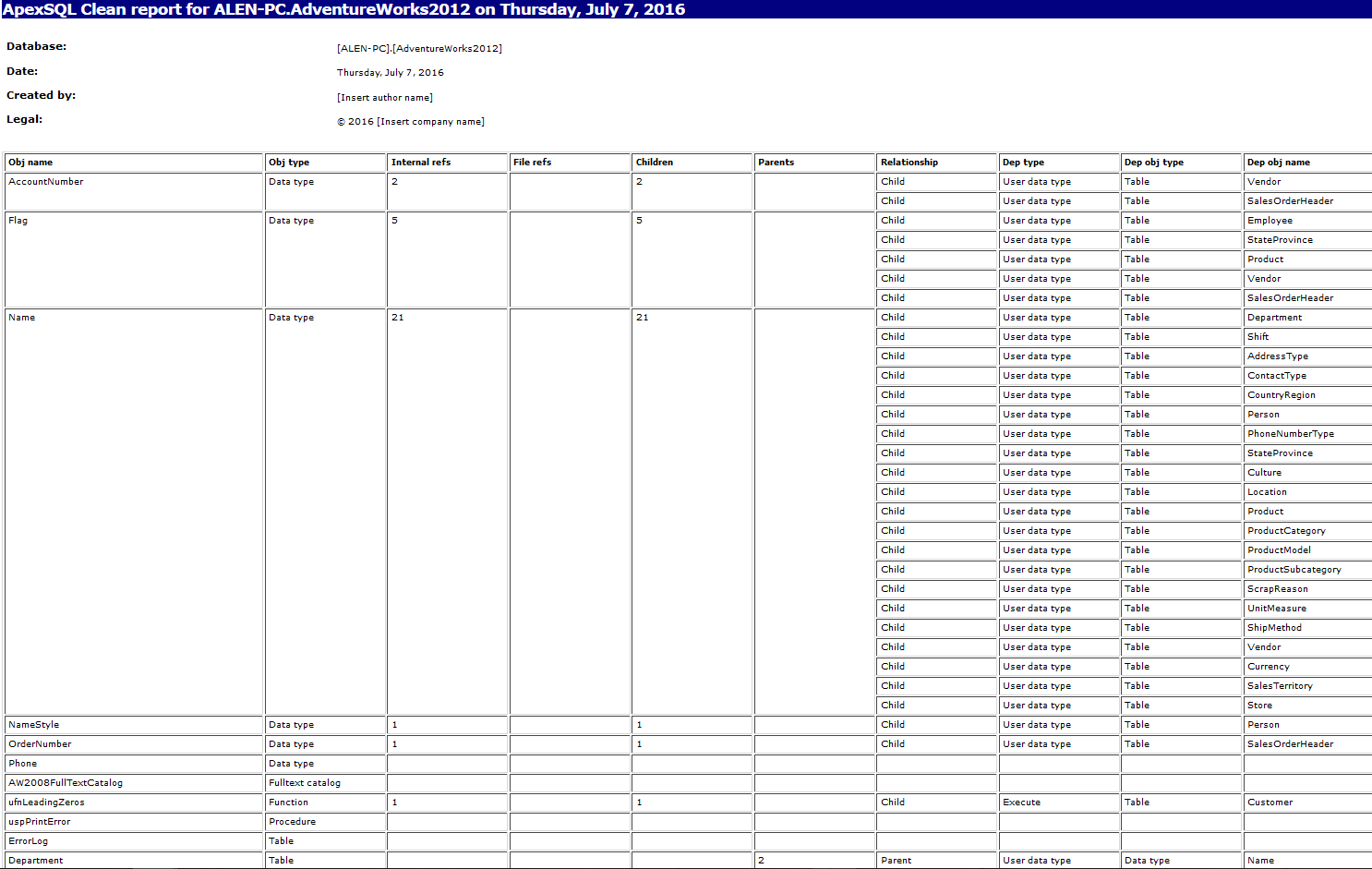 On the other hand, if you decide to create an XML report, the exported file will be created in .XML format and will look similar to this: 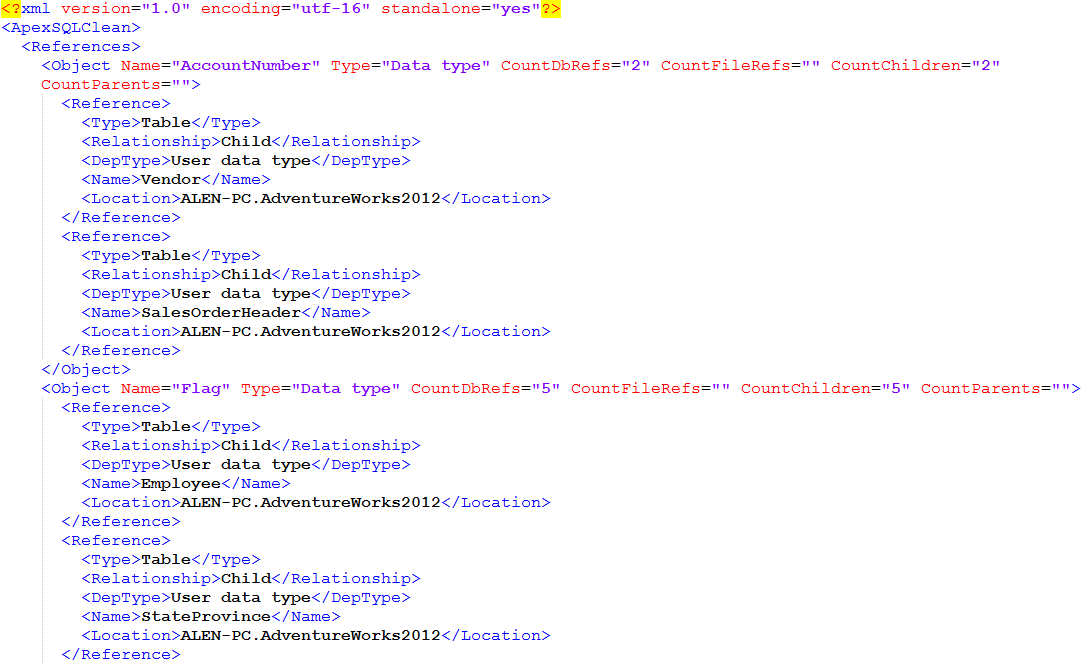 With the create report feature, ApexSQL Clean will create a well-organized document which contains all information about objects and their dependencies. Whether they are needed for reporting referenced objects, or maybe to keep a record of the unreferenced ones. 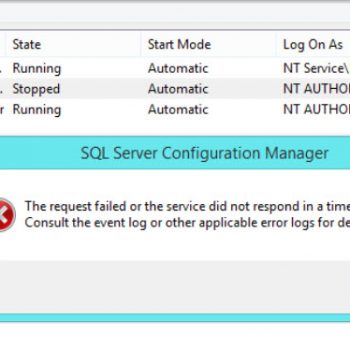 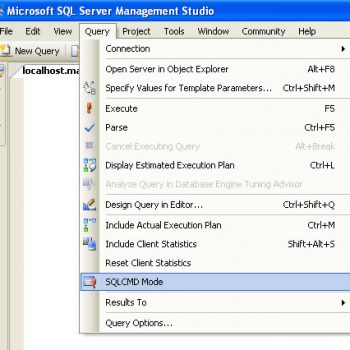 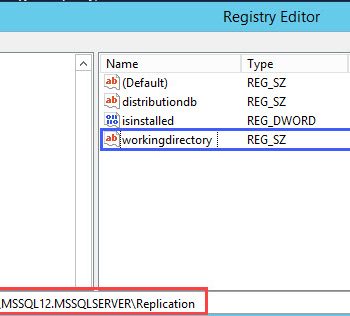