Down with shackles of convention! dbForge SQL Complete 4.5 came in this world.

What does SQL mean for each of us? For some – the only language for working with relational databases. Yet, for others – it is a way of life…

However, when working with SQL queries, both categories of people face the same difficulties.

Eventually, writing queries becomes routine, and all because of imperfection of the built-in Intellisense in SSMS.

The new dbForge SQL Complete 4.5 is called to release everyone from the shackles of convention in SSMS Intellisense and provide more opportunities when working with T-SQL code.

For this, SQL Complete has several key features in its arsenal:

Because of contextual object tooltips and syntactic elements of the T-SQL language, the productivity of work with SQL Complete is not just rising – it opens on to a qualitatively new level, providing greater opportunities.

Not just a trite hint of tables and columns is ensured. The ability to generate foreign key relationships, aliases, and many other things… 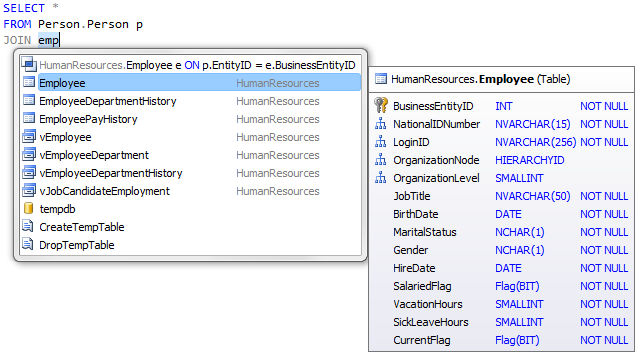 Object hints are provided in such a big number of structures, that an incomplete list of them can be learned only on a separate page.

Features of the SQL Formatter embedded in dbForge SQL Complete will allow to forget about manual query editing forever.

Using the SQL Formatter, your code will always be perfect due to a huge number of settings, that allow to customize formatting of all SQL constructs according to your personal preferences. 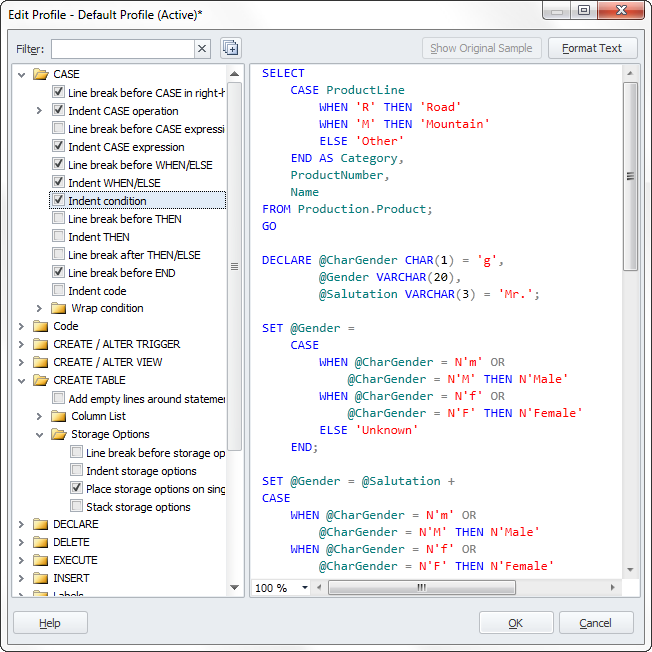 Moreover, there is a possibility to format not only the current document or selected code fragment, but groups of files on the disk as well.

Code reuse through snippets is a perfect opportunity to accelerate the process of writing code.

As Devart developers said, their analysis of more than 5.000 topical posts from authoritative resources such as StackOverflow had shown that the list of basic snippets was significantly extended to prevent users from typing frequently used T-SQL statements.

Besides, owing to the Snippet Manager, users can easily extend the set of existing snippets. 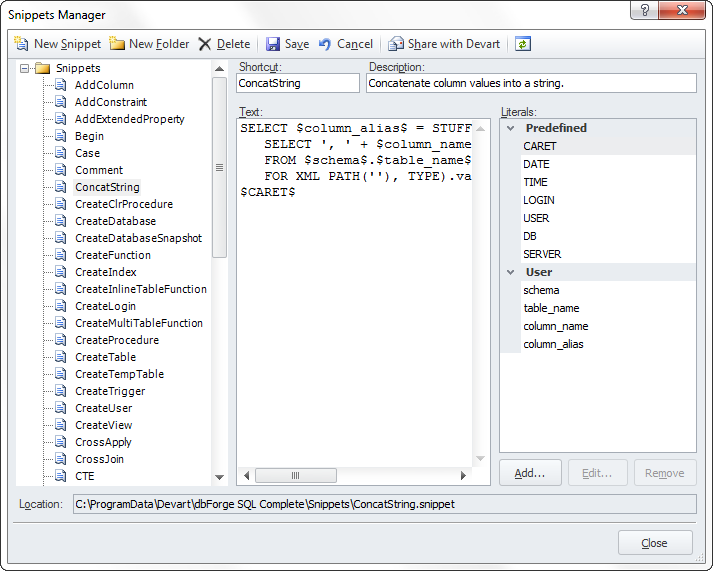 When typing code, a required snippet can be selected by capital letters: 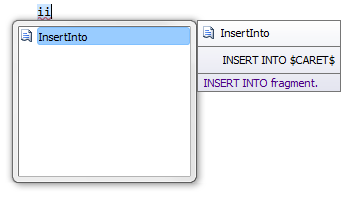 and by match with the snippet’s name: 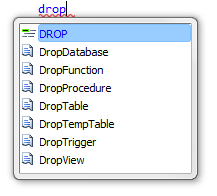 On active schema changing, many encounter a situation when new or modified objects are not suggested in SSMS Intellisense. For this, you have to manually refresh the object list.

But all that is in the past, since in the version 4.5, there is a capability of smart refresh of hints for modified objects only at specified time intervals. 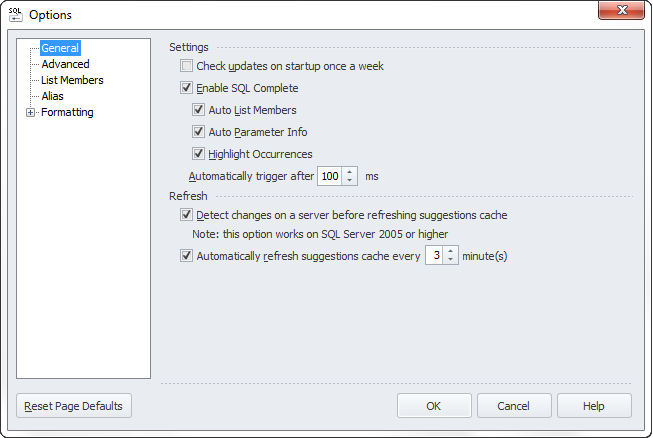 Within the dbForge SQL Complete 4.5 release, I would like to bring to your attention that memory consumption is reduced and objects describing is now much faster.

All these improvements are aimed to ensure that our users to be able to enjoy work and perform it without delays.

To support words with deeds, I recommend users to re-discover the wonderful world of SQL with dbForge SQL Complete 4.5.