SQL SERVER – SHRINKDATABASE For Every Database in the SQL Server

I was recently called to attend the Query Tuning Project. I had a very interesting experience in this event. I would like to share to you what actually happened.

Note: If you are just going to say that shrinking database is bad, I agree with you and that is the main point of this blog post. Please read the whole blog post first.

The problem definition of the consultation was to improve the performance of the database server. I usually fly to the client’s location a day before, so the next day I am all fresh upon reaching the client’s office after a relaxing night’s sleep. Due to a fair availability of the flight, I reached the location earlier that day, at around 2 PM. I headed to the client’s location to familiarize myself with the place. I met the resident DBA and we talked for a few minutes. We looked at the index fragmentation during our conversation. It was the heaviest fragmentation that I have ever seen in my life. I asked the DBA if he could rebuild or reorganize indexes. He replied that he has never done it in the past one year. One year is really a long time; I could not believe that they have no maintenance task scheduled. I even wondered how they managed without index maintenance for the entire year. Anyway, I quickly handed my index script over him.

We waited until the end of their business hours, at about 5PM. After this, there are hardly any activities in the database. We executed the task on their production server after checking a few settings. The script ran for about 1.5 hours until it is finished. Afterwards, I checked the fragmentation of the indexes; it was very descent. In fact, some of the large tables were showing the fragmentation near to zero. I was pleased with this while the DBA confirmed that few reports even ran faster than before. Satisfied with the work done on Day 0, I left the location and went to the hotel where I stayed. 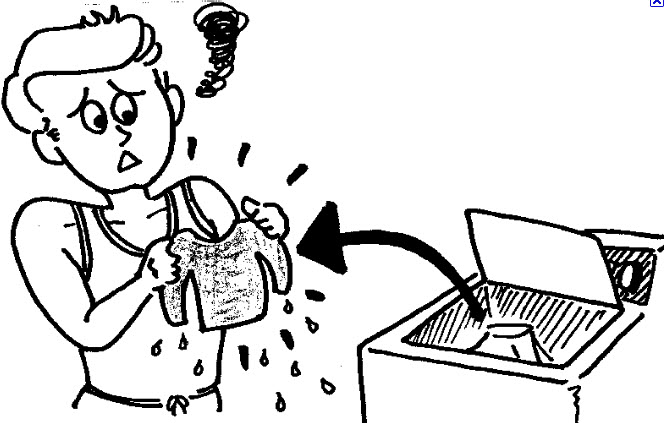 When I arrived to the location the next day, I had a meeting with the company director. He mentioned that he was updated by Dr. DBA regarding my de-fragmentation of indexes, and he wanted to see the status of the indexes. I ran my script once again to check the fragmentation of index. To my surprise, it was just like yesterday. I got confused and speechless. I checked the server instances and a few other things, but still nothing. The Sr. DBA also had no explanation at all. He started to mumble something I did not understand. Well, to make the long story short, I had a long face and did not feel comfortable. I was pretty sure that I had run the script of de-fragmentation and it worked fine.

Before I continued, I tried to check all the existing stored procedures and jobs. Finally, just like magic, I found the following code.

Before running the following code. Read the whole blog post.


This code shrinks the whole database on a single SQL Server Instance. I instantly figured out where this code was used, and then I removed it. After I got rid of the code, I rebuilt and reorganized indexes. For the next 5 days, I faced no problem at all. Well, this is another reason not to shrink the database. Shrinking the database causes heavy fragmentation of the tables and reduces the performance. After shrinking, it seems that rebuilding indexes is necessary. But again, there should not be any real need to shrink the database. Do NOT shrink your database. 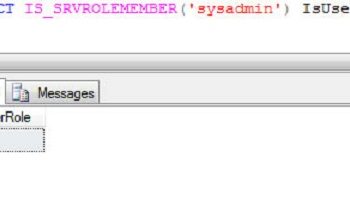 SQL SERVER – Answer – How to Convert Hex to Decimal or INT 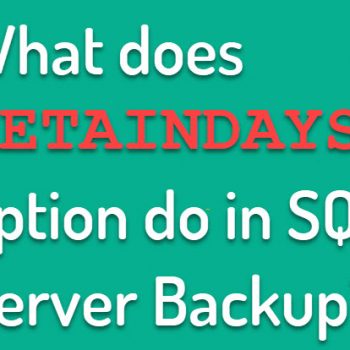 SQL SERVER – RETAINDAYS Does Not Delete Backup After x Days