Never run this on your production server – you can just lose your job and can damage your organization.

Now I am done with the disclaimer here is the subject I would like to discuss. How to keep your CPU busy? Well, actually there should not be any need of this query for production server purpose. I needed this query for development server purpose when I was testing the server for Capacity Planning as well doing the Stress Testing. 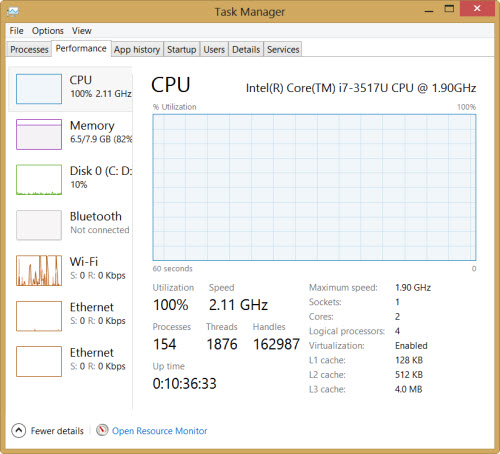 Here is the same script by Geri.

You can easily change the parameter in the DATEADD and can make it run for 60 seconds.


If due to any reason your CPU does not go higher to 100%, I suggest you run above query in two different connection window and you will notice that CPU is increasing heavily.